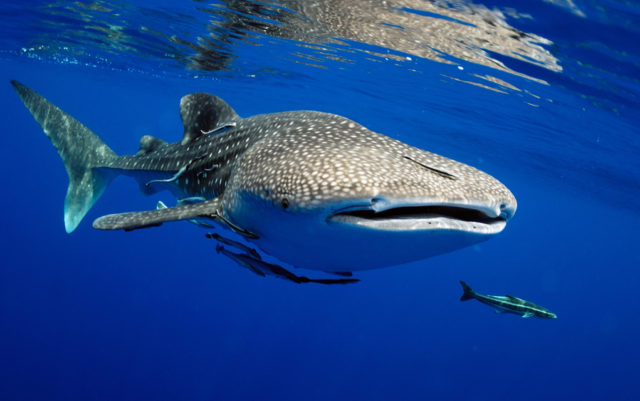 I’ve been riding my bike a lot, and we had tens of thousands of cycling miles between us, but I haven’t had the feeling that he’s that golden eagle or one of those deer whose big muley ears barely tremble as I pass. When someone dies, even if you didn’t believe in signs before, you begin to consider each sunrise and sunset, and even the doe-eyed rabbit chewing grass in the yard.

Exactly two years ago we went to Baja to pick up a car. When people asked us about the trip, it was much more satisfying to watch their expressions after the short story — we bought a mini-van in Mexico — than to explain the more boring truth that it belonged to a family member who just wanted it back in the States.

We traveled a lot together, and it typically went the same frustrating way: After a brief conversation about where to go (“Let’s use your Spanish!”), we’d book tickets, at the last minute, and then any planning would be left to me (“But you’re so much better at it!”).

It was true, I speak fluent Spanish and have a way with making travel spontaneous and fun. Baja would of course be no different — once we loaded up the van with our sleeping bags and surfboards in Cabo, he would drive, I would spread open the map on my lap, and when I said, “Stop there!” we’d suddenly be having an experience, buying and slurping down a kilo of prickly pear fruit, or taking a much-needed walk on an empty stretch of beach.

It was different with the whale sharks.

I had been to Baja before, on a sea kayaking trip with girlfriends, so I took him to the place where we rented kayaks, just in case he wanted to do the same. When he saw that they offered swimming with whale sharks, he made the decision, easily, without needing to consult me at all.

It almost didn’t happen because no one else had signed up for the tour. But this was Mexico, bless her heart. We will take just you two!

The boat ride out to the bay was a pleasure in itself. Although we both loved the water, we lived nowhere near it and made most of our memories among big mountains covered with wildflowers or snow. When the captain stopped in the spot where the whale sharks should have been, everyone became nervously quiet. What if they didn’t come today?

It sounds silly and exaggerated, but there is no other way to say it: One night on that trip, we almost drove off a bridge.

We didn’t intend to drive at night, not for fear (although people loved to try and make us afraid of everything in Mexico), but because the roads were just so dark.

The daytime driving had been mostly dreamy. Initially, we weren’t sure if the highway would take us through landscapes that highways often do — barren, scruffy, sad — but it didn’t, and we motored through tunnels of ocotillos and explosions of tiny pink desert flowers creeping over the dunes.

So it had likely bolstered our confidence a bit, knowing that the road was good, that my Spanish and savvy could get us through the checkpoints quickly. It was just a case of unlucky timing that we decided to push on after 6 p.m. on a stretch of road that had been decimated by a hurricane two months before.
It was very literally just he and I on the road that night, and thank god we had each other. Together, we had cracked the code of rural Baja’s rudimentary road work symbols; a simple pyramidal pile of rocks meant stop, and if we were lucky, an arrangement of stones in the form of an arrow would guide us gently down through an arroyo and up the other side, around the broken bridge.

When we got to the severed piece of roadway that we nearly flew off of, someone had moved the warning pile of rocks, or there simply wasn’t one there to begin with. We stopped just as we noticed the color in the beam of the headlights abruptly switch from pale cement to pitch black.

Usually, we didn’t feel close calls on the same scale — his palms never seemed to sweat like mine when we were scrambling or skiing big backcountry lines.

But on that broken stretch of highway south of San Felipe, we both knew that it could have been really, really bad. We silently stepped out of the car, just inches from the edge. I took a picture, which turned out blurry and horrible, the fuzzy crescent moon doing nothing to illuminate the jagged edge no one had seen us almost go over.

One by one, the whale sharks began to appear. Even the boat captain and the guide seemed surprised by how many of them there were.

When whale sharks eat, they suspend themselves vertically and suction water into their mouths at high velocities. It’s the moment to jump in the water beside them because they’re not moving. We were instructed to pull on our fins and wetsuits; he couldn’t help and ask if the gear was really necessary.
How were those guys supposed to know he’d spent his entire life in the water, teaching others how to swim?

The highlight of the northern portion of the drive from Baja to Boulder was undoubtedly the Grand Canyon. Surprisingly neither of us had ever been; I think the proximity of Canyonlands and Arches had kept us from ever driving further west.

Since he had torn his ACL and had surgery four months earlier, the plan was to take in the national park like most people do, slowly and from the surface. But there was one small caveat: First, I would run to the bottom and back.

It was frigid when he dropped me at the top of the South Kaibab Trail, and in the pictures he took of me descending the first switchbacks, the trail stands out like a red Christmas ribbon amid a dusting of snow.
What a sweet soul, to send me off on an adventure he couldn’t go on and then meet me at the top, wanting to know how it had gone.

After my run, we took a blistering hot bath and finished off the last of the resposado we’d slowly been working our way through since La Paz, some 1,200 miles south.

Buzzed and aglow, we wandered to all of the gift shops in every historic building. He bought me three turquoise necklaces because I couldn’t decide and because the clerk was having so much fun with us that he offered his 40 percent-off employee discount.

We were both finding it hard to leave, and we spent our last morning doing one of the scenic drives along the South Rim. We pulled off at all of the pull-offs, snapping pictures of each other in the early morning pastels. As we were walking back to the car on a path surrounded by pinyon pine, a huge whoosh disturbed the silent sky above us.

A California Condor, with a tiny bracelet affixed to its left leg, soared overhead.

He looked at me with eyes nearly as childlike as the ones that danced behind his sunglasses after swimming with the whale sharks. Of course I thought the sight of the endangered avian giant was special. But, seeing him see it is really what I remember.

When it was finally time, he couldn’t have jumped in the water any faster, and he was surprised to look up and see me still fumbling with my snorkel and mask.

It always worked, that look that said, “You’re being silly, you’re not afraid,” and so I awkwardly tumbled off the edge of the boat, my only confidence in following him, just as I’d done so many nerve-wracking times before.
Even though they weren’t moving quickly — whale sharks can only reach speeds of three miles per hour — I became almost immediately disoriented in the water. He took off, and for the next hour, I would really only see him as he circled back to find another shark. By then, I had latched onto our guide Angel — it was the only way I could stay afloat — and as he dragged me along, I got the sense that we weren’t just chasing fish, we were trying to keep up with him.

Later, he told me that he broke all of the rules: He swam too close, he slipped underneath, he practically rode atop one from above. He’d touched them, too, on their enormous, polka-dotted sides.

When Angel said we were done, he of course pretended not to hear. We eventually brought the boat over to him. Then, I had Angel take our picture — it’s the only one I have from that day. We are both grinning stupidly, his smile the expression of a childhood dream realized, and mine simply big because of his.

Now, I am riding my bike alone on a broken road — there was no warning pile of rocks. Even so, I have been looking for him everywhere, but none of the signs are right. The magpies are too loud and coarse, and the telephone pole-top eagles look too stern. The bobcat I ask for never comes, the sunrises and mountains are for everyone.

And really, when I think about it, I know there is no place he’d rather be. I don’t need him here right now when he could be swimming with the whale sharks in the sea.