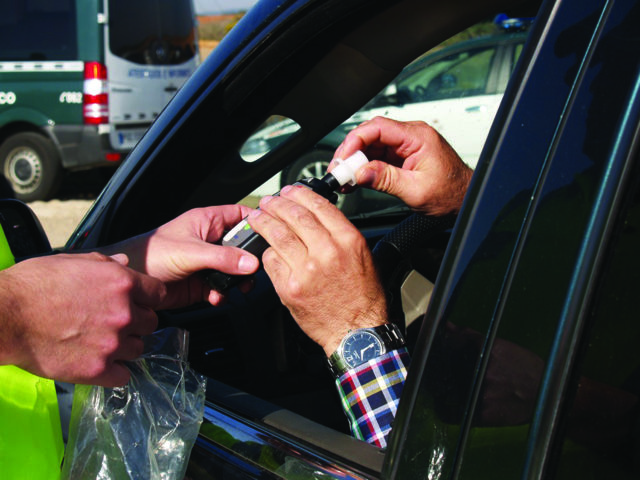 On Aug. 27, two groups made headlines for their developments on marijuana breathalyzers, a technology that might allow law enforcement agencies to test more accurately for marijuana intoxication in the field.

One group is an interdisciplinary team from the department of chemistry and the Swanson School of Engineering at the University of Pittsburgh.

The Pittsburgh team’s breathalyzer was developed using tiny carbon nanotubes, “100,000 times smaller than a human hair,” according to a press release. THC molecules bind to the surface of the nanotubes and change their electrical properties. The speed at which the electrical currents recover signals whether THC is present.

“Nanotechnology sensors can detect THC at levels comparable to or better than mass spectrometry, which is considered the gold standard for THC detection,” Sean Hwang, lead author on the paper, said in a press release.

The other group is Oakland, California-based Hound Labs Inc., which has been in the news for the last several years as it worked on developing its own technology to detect marijuana from a stream of breath. The startup dominated marijuana news on Aug. 27 with reports that it had raised a cool $30 million from several investment companies to “boost commercial manufacturing and accelerate general market availability” of their dual marijuana/alcohol breathalyzer, according to a press release by the company.

Hound, a private company, has not been as detailed about the technology behind its breathalyzer (though nanotube technology is probably a good guess). In February of this year, Vice Canada wrote that, according to representatives from the startup, “Hound’s breathalyzers work by having a person breathe into the device’s tube, while a disposable cartridge automatically captures [it] into two breath samples. It provides a reading within minutes. The number of breaths required varies from person to person.”

A marijuana breathalyzer is a big deal. As states adopt medical and recreational marijuana, law enforcement agencies have been tasked with determining when someone is too high to drive. But it’s been complicated, to say the least.

Several states, including Colorado, have adopted “per se” laws, which use bodily fluids to designate a limit to the amount of THC that can be present in a driver’s bloodstream before they are considered impaired.

“Colorado law specifies that drivers with five nanograms of active tetrahydrocannabinol (THC) in their whole blood can be prosecuted for driving under the influence (DUI),” according to the Colorado Department of Transportation.

In Pennsylvania, the limit is 0.5 nanograms per milliliter. In California, three years after recreational legalization, there is no stated blood-THC limit.

There’s a reason California won’t set a limit: numerous expert toxicologists, including Marilyn Huestis, the former chief of chemistry and drug metabolism at the National Institute of Drug Abuse, say there’s no scientific basis for setting a legal limit on blood levels of THC.

“I used to be someone who thought [that] if we could just get a good limit, that would work,” Huestis told LiveScience in January 2018. “But [with] all the work on chronic, frequent users, we realized there’s no one number that’s going to distinguish impairment.”

Detectable levels of THC in blood or saliva don’t differentiate between pot consumed last night, sitting on your couch, and pot consumed an hour ago, right before you got behind the wheel.

Hound claims its new breathalyzer will “enable a solution that balances safety with fairness.” In other words, folks who enjoy cannabis responsibly, at home and never before operating heavy machinery like a car, will be protected by the more accurate detection from Hound’s breathalyzer.

While the creation of a breathalyzer still doesn’t answer what amount of THC will amount to a DUI from state to state, the Pittsburgh team said in their press statement that creating such devices “is an important first step toward making sure people don’t partake and drive.”