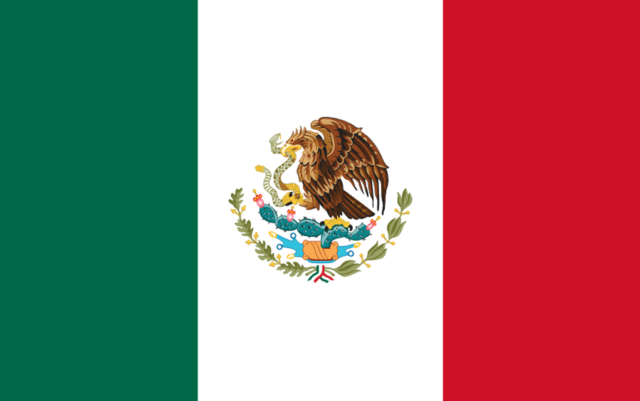 Mexico might legalize cannabis before the end of October. And, if that happens, it would make the United States the only nation in North America still supporting the prohibition of pot. It would also kick off a multi-billion-dollar market for Mexico’s economy and likely diminish Mexican drug cartels’ influence in the process.

However, many pro-cannabis activists in Mexico are opposed to the legislation’s current form. They feel the bill has been crafted to benefit only a handful of big businesses and foreign investors. This bill would effectively cut small businesses and entrepreneurs out of the market, they argue.

“They’re not thinking about users,” Pepe Rivera, who founded a group called Mexican Cannabis Movement, told the Los Angeles Times in a recent interview. “They’re [only] thinking about the industry.”

That’s why Rivera’s Mexican Cannabis Movement has planted a protest garden outside the nation’s senate — a forest of flourishing cannabis plants, where hundreds of people wander, freely smoking joints. Every day, senators see those plants and smell that ganja smoke as they walk into work. Rivera’s hope is that it reminds lawmakers that the cannabis bill is still unfinished; that it needs to offer more opportunity for The People, instead of hijacking it from them.

The hope of altering the bill before it’s passed is quickly waning, though. Senate leader Ricardo Monreal, recently stated that a bill allowing private companies to sell marijuana to the Mexican public is set to pass through the Senate, down to the lower house of Congress in a matter of days.

It looks like legal cannabis is coming to Mexico — whether it’s equitable or not.

For some background: In 2018 the Mexican Supreme Court overturned the national ban on recreational cannabis use, concluding that an individual’s liberty outweighs any consequences posed by using the “drug.” The court said, “The effects provoked by marijuana do not justify an absolute prohibition of its consumption.”

It then mandated that the Senate pass legislation in accordance with that ruling.

Well, after several extended deadlines, Mexican lawmakers now seem confident that they will pass cannabis legislation well before the given target date of Dec. 15 — according to Sen. Monreal, even before the end of October. That would be a huge step for Mexico, one that represents a potential $2 billion market, according to New Frontier Data.

The bill would allow 18-year-olds to possess and cultivate up to 20 registered cannabis plants per individual (as long as total annual yield doesn’t exceed 480 grams). Personal possession would be capped at an ounce, while possession of up to seven ounces would be decriminalized. Sales tax would be set at 12% — a portion of which would go toward a national “substance misuse treatment fund.”

But the Mexican Cannabis Movement, and other pro-cannabis activists are not celebrating in the streets.

The current bill is problematic on several levels, according to these activists. First, it requires seed-to-sale tracing for every single cannabis product sold commercially — testing that is absolutely cost-prohibitive for most enterprising growers. It’s a barrier to entry that many Mexican entrepreneurs won’t be able to breech, they argue.

On top of that, Alejandro Madrazo, a researcher at the Center for Economic Research and Teaching, a think tank based in Mexico City, says lobbyists from the U.S. and Canada have had undue influence on shaping this bill. He asserts that this bill would only create an “elite gourmet market,” benefitting corporations, foreign investors and the upper class.

“It’s basically revitalizing prohibition for the poor but carving out a legal market for big businesses,” Madrazo told the LA Times. “There has been a lot of interference … transnational companies that have wanted to influence our decisions. But we make the final decision.”

The Mexican civil rights group Mexico Unido echoed these sentiments in a translated Tweet outlining their concerns over the proposed legislation:

“The ruling to regulate #cannabis that has so far been approved in @senadomexicano makes it possible to concentrate the market on a few players, leaving the benefits for a few companies.” It’s accompanied by a graphic image suggesting that under this bill, only 45% of cannabis business licenses would go to Mexican entities and individuals.

Still, even if Mexico’s legalization bill passes in its current form — though imperfect in many citizens’ eyes — it would be a progressive and lucrative step for the country. And, as pointed out by Sen. Julio Ramón Menchaca Salazar in April, legalizing cannabis could provide much-needed national funds, at a time when the economy is taking a massive hit from the global pandemic. Banco de Mexico estimates that the nation’s economy could contract as much as 8% in 2020 due to coronavirus fallout, making cannabis legalization more of a lifeline, than a frivolous new industry.

Whether that lifeline is crafted to benefit The People as much as it does the government and big business, remains to be seen. It could be a very bittersweet victory for cannabis in Mexico — but a victory nevertheless.