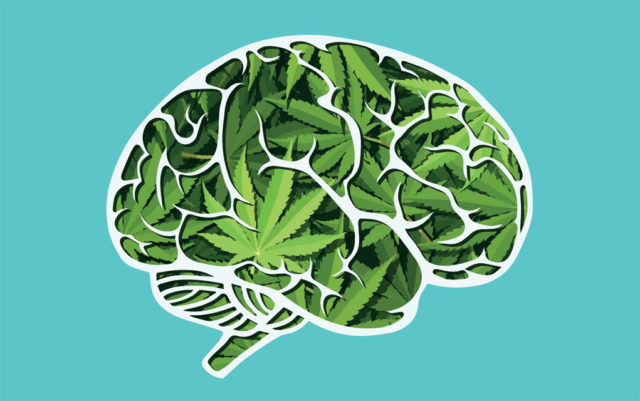 In Arizona, parents of children with autism are currently unable to use medical marijuana to treat their children’s symptoms, but House Bill 2049 may change that.

The legislation, introduced by Diego Espinoza and Lorenzo Sierra, would add autism spectrum disorder to the list of qualifying conditions for a medical marijuana card.

According to reporting from ABC15 out of Phoenix, Arizona, the state currently has 186 minors who can legally access medical marijuana with qualifying conditions such as epilepsy and cancer.

The scientific research around marijuana’s potential to alleviate symptoms of autism is, unsurprisingly, scant.

Researchers at Ben-Gurion University of the Negev and Soroka University Medical Center in Israel — once again highlighting Israel’s dominance in the arena of cannabis research — published a paper in Scientific Reports (an offshoot publication from the prestigious journal Nature) last year that looked at the link between the use of medical cannabis and “autism behavioral improvements in children with autism, who are 18 years old and under, and found cannabis to be a well-tolerated, safe and effective option to relieve symptoms including seizures, tics, depression, restlessness, and rage attacks,” according to Health Europa.

The Israeli team’s research found 80% of participants reported “some level of improvement.”

Health Europa interviewed Dr. Victor Novack, one of the researchers, who said, “While this study suggests that cannabis treatment is safe and can improve [autism spectrum disorder] symptoms and improve … patient’s quality of life, we believe that double blind placebo-controlled trials are crucial for a better understanding of the cannabis effect on [autism] patients.”

And it’s clear that research teams in the States understand the importance. In September of last year, CNN reported on a new clinical trial at Montefiore Medical Center in New York that’s examining the effect of cannabidivarin — CBDV, a non-psychoactive compound that doesn’t cause a high — on irritability and repetitive behaviors in children with autism.

For parents in Arizona who are currently fighting to have autism spectrum disorder added to the list of qualifying conditions for medical marijuana, the research can’t come fast enough.

“My son was banging his head 75-150 times a day on hard objects all over the house,” Brandi Williams told ABC15 about her son’s issues with autism. She provided the television outlet with video and pictures of her son’s behavior, including damaged walls and windows.

Since her son also has epilepsy, Williams is able to legally provide him with medical marijuana — extracts in the form of a paste, no smoking, vaping or edibles,- which she says has positively changed her son’s behavior, allowing him to socialize and focus more, not to mention a reduction in self-harm from repetitive behaviors.

But not all children with autism have a second qualifying condition. Regardless, some parents choose to seek medical marijuana treatment for their autisic children, despite being subject to felony drug charges under Arizona state law.

Opponents, rightfully, cite the lack of scientific research and fears about marijuana’s effects on developing children.

However, the amount of medical marijuana necessary to provide relief, according to reports from mothers who spoke with ABC15, is tiny, the size of a grain of rice, according to Brandi Williams. Such a small dose of marijuana isn’t insignificant to a developing brain, but when viewed in context with the alternative — a child who is repeatedly hitting their head on hard surfaces or struggling to develop speech — most parents would likely be sympathetic to using anything to help their child find some relaxation and joy in their life.