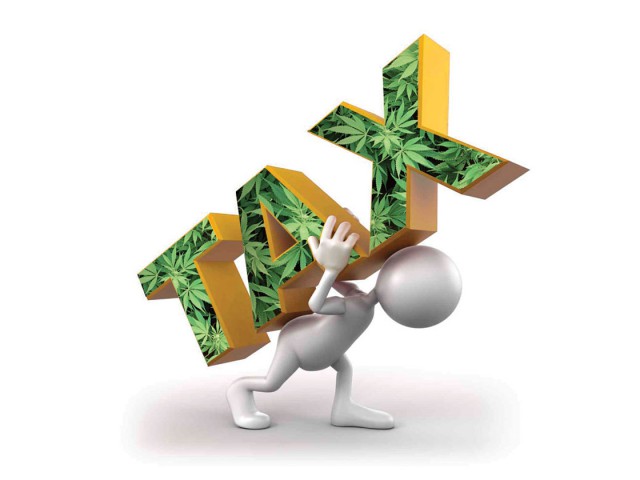 Denver lawyer/activist Robert Corry has become the public face of a campaign to overturn the marijuana taxes proposed by the state legislature for adoption on the November ballot. Amendment AA would place a 15 percent excise tax and a 10 percent sales tax on retail marijuana at the state level, with the first $40 million raised going to school construction and the rest for cannabis regulation and education, with a percentage split among counties and cities that will allow retail outlets. It also allows the legislature to bump up the sales tax to 15 percent without voter approval if the taxes aren’t enough to cover costs. Cities and counties are free to add their own excise and/or sales tax.

The No on Proposition AA Campaign has no money to mount an offensive for an election that’s less than six weeks away, so to spread the word, it came up with, so far, two made-for-media events, with the gimmick being a free joint for anyone over 21 who attended. I missed the one in Boulder, but the Denver rally was kind of sad, with a couple hundred people in line dutifully waiting for their free blunt while the TV cameras rolled and Corry and his band of protesters cavorted in front of the cameras. You got the feeling that, had the media not showed up, neither would anyone else except those in line for the freebie.

I give Corry credit for subverting a compliant, perfunctory TV media. Crews came early to Denver Civic Plaza and set up so Corry could arrive in time to deliver his anti-tax message as cameras rolled with the fountain and downtown buildings as a backdrop. It looked like there were a lot of people, but the scene was an odd blend of a Hollywood Robin Hood film and 1970s-era rock festivals. Nothing like feeding the stereotype of the hippie stoner while trying to get your point across.

News reports of the Boulder event noted that the event’s timing couldn’t have been worse, coming in the days while people were still fighting water and trying to save their homes. Adding the message that a free joint could help people who were flooded didn’t make for a particularly appealing pitch. And then, last weekend, Corry was in the news again after being cited for smoking a joint at a Colorado Rockies game. Not the best thing for the public face of a political campaign, even here in Colorado in 2013.

The bigger question is whether Corry and No on Proposition AA is the correct vote. He’s certainly not wrong about the numbers; when city/ county taxes are added, an ounce might be taxed somewhere around 40 percent in places like Boulder, far more than any other so-called “sin tax” in Colorado. And his reasoning includes the classic argument against sumptuary taxes: that making cannabis more expensive by taxing it discriminates against the poor.

In an editorial in The Denver Post, Corry argues that higher taxes are destructive, contrary to the spirit of Amendment 64 and unnecessary except as punishment for using the product itself. “No other product or industry has ever been taxed this high,” he writes.

I strongly believe that cannabis legalization should pay its own way. I liked Amendment 64’s requirement that the first $40 million every year goes to school buildings, and I want to assure that the state has the money to pay for Amendment 64.

But the legislature’s proposal for taxes on cannabis seems less than reasonable. Proponents sometimes forget that 45 percent of voters, and many in the legislature, too, were and are still against Amendment 64. Before they finally settled down to the business of writing the regulations, some legislators tried to have the law negated, and there are still some who are only doing this because they have to. That’s also evidenced by the growing number of counties and municipalities banning sales, some without voter approval, although once sales begin, that might change.

According to the amendment language, the Department of Revenue, with a 2013 budget of $5 million, will develop a computer system and hire staff to collect, monitor and enforce retail marijuana taxes, estimated to cost $4.2 million in the first year and $1.3 million annually thereafter. The department is expected to add approximately 22 new staff members.

The state estimates there will be almost $67 million in excise and sales taxes for fiscal year 2014, with the first $27.5 million going to schools and about $6 million split between counties and cities. That leaves roughly $34 million to regulate and educate. State sales tax is 2.9 percent, which translates to another $11.5 million, and I’m not sure where all that money is going. I’m all for cannabis paying its own way, but gouging consumers for taxes isn’t in the spirit of Amendment 64, either.

Should marijuana be taxed? Of course it should, but not for anything more than regulation/education and schools as outlined in Amendment 64. I want to support Amendment AA, but the state will need to better explain what it’s going to do with the money it estimates it will receive from retail sales taxes before it gets my vote.