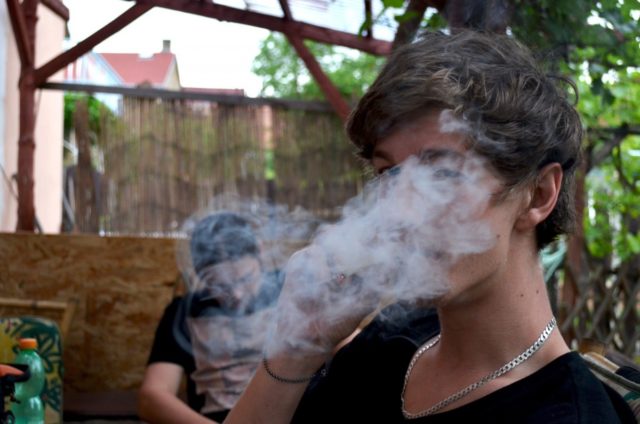 Teenagers are our go-to demographic whenever we want to make something scary or edgy sounding, which is exactly why we rely on them to tell us what’s cool. However, a new study suggests modern teens are lame as hell. When opponents argue against the legalization of cannabis, they always mention how it’s a gateway drug for teens that will surely doom them to a life of harder addictions and substance abuse issues. Well, a new study reveals that those people are worried about the wrong age group.

Older Americans, not teens, are using more cannabis. In fact, the number of Colorado teens who admit to using cannabis has dropped below the national average for the first time ever. On Tuesday, state public health researchers released a report detailing the results of a youth cannabis education and prevention campaign called High Costs. The study surveyed more than 500 teens in Denver and about 56,000 young people statewide.

The High Costs campaign, which uses tax dollars, says its ads are working: The city spent millions targeting teens on social media and other apps, with 75 percent of teens who knew about the campaign saying it did discourage them from using cannabis. The study also found that 79 percent of teens surveyed thought their peers use cannabis, but in reality, it’s estimated to be only 19 percent.

A federal study published last month in the American Journal of Drug and Alcohol Abuse used the results of an anonymous survey given to more than 800,000 high school students across 45 states to calculate the number of teens who smoke cannabis. It found that the number of teenage cannabis smokers was 1.1 percent less in states that had enacted medical cannabis laws compared to those that hadn’t, even when accounting for other important variables such as tobacco and alcohol policies, economic trends, youth characteristics and state demographics.

And for the rest of the nation, the effectiveness of Denver’s youth awareness and prevention campaign sends an important message. It shows that it is entirely possible for legal states to enact measures that effectively curb underage cannabis consumption. And further, it shows that smart, well-funded programs can do way more to reduce teen cannabis consumption than prohibition and harsh criminalization.

Access and consequences are just two factors that influence a teen’s decision to use drugs or not. Most drug deterrence initiatives send the message that drugs are harmful, dangerous and taboo, which is exactly what makes them so attractive to teens. The program that I grew up with and more ’90s kids remember, D.A.R.E., was basically a sneak peek at how much fun I was going to have in college.

So when you hear people arguing that legalization increases use among children by making it easier for them to access, don’t even bother engaging. These people have officially been proven wrong since the data shows it has the opposite effect. Personally, I think it’s because kids always think whatever their parents are doing is embarrassing, which now includes smoking weed.

When cannabis is legalized, socially acceptable and safe, it loses its edge. Obviously this does not deter all interest among teenagers, but it does undercut the stigma of danger that is so attractive to the ones who are desperate to prove themselves to their peers.

So congrats, teens. Maybe sexting and sobriety are all you guys need and smoking weed out of an apple core in your parent’s basement just isn’t cool anymore.