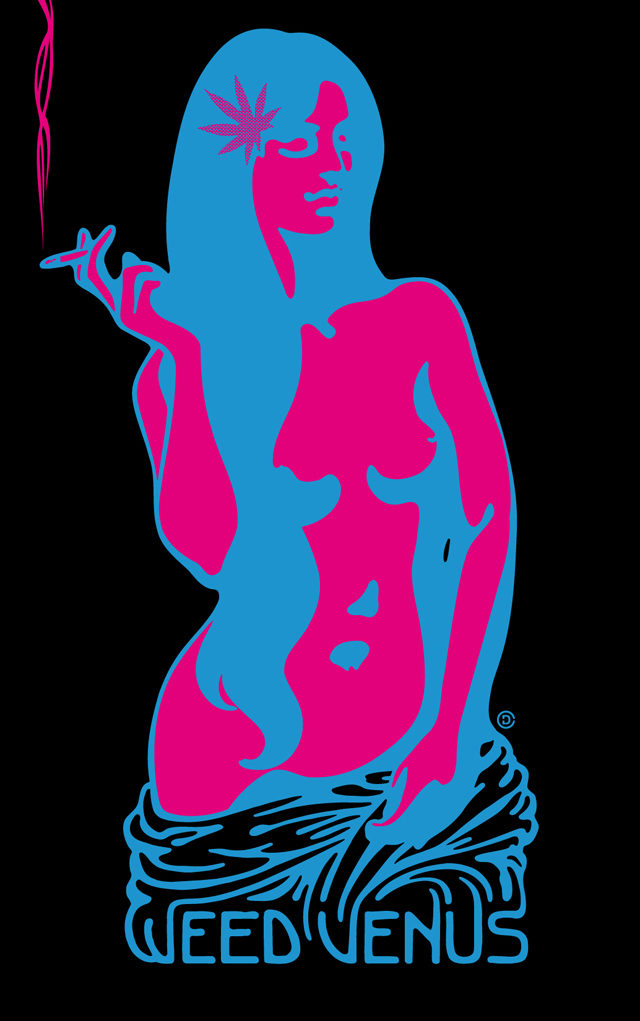 Happy International Women’s Day! We can all agree that lady stoners are having a moment. And rightfully so — we deserve it.

Throughout pop culture history, men have dominated the conversation (not just about marijuana but basically everything, which is super annoying in the first place) and there has been a major shortage of women in the stoner comedy genre. Just look at all the classic pothead films: Cheech & Chong, Dazed and Confused, Half Baked, Dude Where’s My Car, Pineapple Express, etc. It was only recently that we’ve been blessed with shows that feature female protagonists, like Broad City and Weeds. I can’t even open Facebook now without seeing a GIF of Rihanna smoking weed, which is pretty amazing considering that the representation of lady stoners is more important than ever as many look at the cannabis industry as a rare opportunity to establish a more equitable systemic framework.

According to a survey by Marijuana Business Daily, women make up roughly 36 percent of the leaders in the cannabis industry, including 63 percent of high-level positions at testing labs and nearly 50 percent of such roles at infused products and processing companies. These numbers are progressive when compared to other fields where women hold roughly 5 percent of the CEO positions and only 25 percent of the leadership roles. However, there’s room for improvement: women still hold less than half of senior roles at two-thirds of cannabis businesses, and one in four companies have no women at the executive level at all.

One of the reasons marijuana offers more opportunity is the relative newness of it as an industry. The market is young, and we’re making up the rules as we go along, meaning that traditional barriers for women haven’t been established. So instead of fighting for a seat at the table, women are in a position to decide what that table looks like in the first place.

One of the ways in which women are rebranding cannabis culture is the focus on health and wellness. This is a compassionate business, especially if you’re dealing with the medicinal side. Medical patients need time and consideration, and women are usually the better gender for that.

Since it’s still federally illegal and laws vary from state to state, the industry is rooted in advocacy and community. In Colorado, the key demographic in the legalization movements were 30- to 50-year-old women, according to a study by the Wales-based Global Drug Policy Observatory. Women were important players in the crafting and implementation of Amendment 64.

Since the industry is still growing and the laws around it are constantly changing, there’s no one blueprint for success. This allows women the opportunity to mold the corporate culture that they want, which is exactly what they’ve been doing. When women and people of color are in leadership positions, they hire more diverse employees, they work with more diverse colleagues and that leads to more successful companies because it makes room for multiple perspectives and creative innovation.

As a product, cannabis transcends all genders, ethnicities, economic backgrounds and political views, so businesses that actively foster an environment where the contributions of both genders are equally valued will without a doubt have more success attracting and retaining the talent that will both set the company apart from competitors and position it to become an industry leader.

We’re still in the midst of an almost nationwide green rush, so now is the time for women to make entrepreneurial moves because we are at the precipice of a massive change. The future of cannabis is female, and this is our opportunity to revolutionize and create the industry we wish to see in the world, especially when it comes to moving away from the traditional patriarchal business practices in place and improving the social justice system.

According to Emily Paxhia, managing director of Poseidon Asset Management, a hedge fund that invests in cannabis businesses, women should act now: “Once something is set into motion, it is much more difficult to influence it than to get it going ‘right’ in the first place. For example, the tech industry was born out of a mainly male group of ‘Founding Fathers’ — and some courageous women have had to fight to make a space in that industry,” Paxhia says. “What if cannabis can be formed by ‘Founding Mothers’ or ‘Founding Sisters’ and this industry can be more balanced in its leaders?”

After all, marijuana and femininity have always gone together: the plant we smoke is female. (There is a male plant, but it’s never used to get you high.) Marijuana growers do everything they can to keep their whole crop female, and all the flowering plants are cloned from one plant called the Mother.