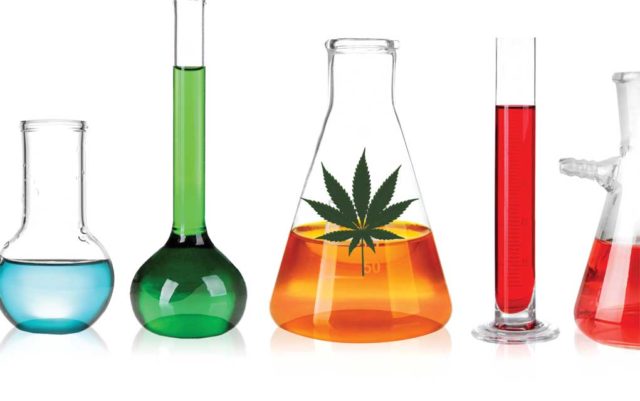 Today, despite nation-wide legalization in Uruguay and Canada, Israel is the world leader in marijuana research.

Israel has a cannabis research industry that’s been decades in the making, starting in the early 1960s when Bulgarian-born Holocaust survivor and chemist Raphael Mechoulam led a team of researchers at Herbrew University of Jerusalem to discover the existence of CBD, THC and other major cannabinoids. It was Mechoulam who first concluded that CBD could effectively treat epilepsy back in 1980 (right at the onset of the war on drugs, so it would be nearly 40 years before the rest of the world took notice of Mechoulam’s research… but I digress).

Mechoulam codiscovered the human endocannabinoid system, the receptors that interact with cannabinoids like THC and CBD to produce medicinal or recreational effects (anxiety relief or a case of the giggles, for instance). On top of that, Mechoulam found that the human brain actually produces its own cannabinoids.

“Scientists at the [National Institutes of Health] believe [cannabinoids] could alleviate dozens of illnesses, including schizophrenia, diabetes, cancer and multiple sclerosis, to name a few,” writes Chris Moore for a Sept. 27 feature in Merry Jane. “The revelation of this endogenous cannabinoid system essentially legitimized the study of a substance previously on the margins of scientific research.”

Moore was writing about Mechoulam because the 88-year-old scientist recently discovered a way to create stable, safe, synthetic acid forms of THC and CBD (not to be confused with K2 or Spice, the synthetic cannabis street drugs that have reportedly sent users — even famous people like Demi Moore — into fevered, semi-conscious convulsions… not that).

Through his startup company EPM, Mechoulam and his team (comprised of university researchers from Israel, the U.K. and Canada, as well as scientists from two medical corporations) isolated potent, useful cannabis acids that are so unstable outside of the plant that they have proven elusive to replicate in a lab. The team was able to isolate CBD acid (CBD-A), which is a thousand times more potent than CBD at alleviating nausea and anxiety. It doesn’t take a genius to see the medical possibilities in that.

Which brings us back to Israel, which provided the support Mechoulam needed to conduct his research. The Mediterranean nation’s government is very involved in medical marijuana research and development, with the world’s highest percentage of financial resources devoted to marijuana research, according to the Martin Prosperity Institute.

As one of the first countries to legalize medical marijuana, Israel has been preparing, in a way, for the medical marijuana boom since the ’90s, with large, state-funded medical research facilities that have beckoned top pot researchers from around the world. Israel is only one of three nations (Canada and the Netherlands) that has a state-sponsored cannabis program for research.

As such, Israel is growing a ton of weed.

“Blessed with mild weather, lots of sunshine and sophisticated research-and-development sectors, Israel also has a tradition of educated farmers through the kibbutz system who can easily implement the ‘precision agriculture’ necessary for high production standards,” the LA Times wrote in May of this year. “Israelis have dedicated thousands of acres and millions of dollars to cultivating the plant under controlled conditions. Potential investors from as far away as China are visiting Israel to explore opportunities, which so far include nearly 100 start-ups producing cannabis-based medicines and other products.”

While Canada is also making waves in marijuana research, numerous news reports make it clear the country is having a hard time keeping up with license applications to study the plant since legalization took effect in October 2018.

The U.S., still mired in federal marijuana prohibition, has a long way to go to catch up.