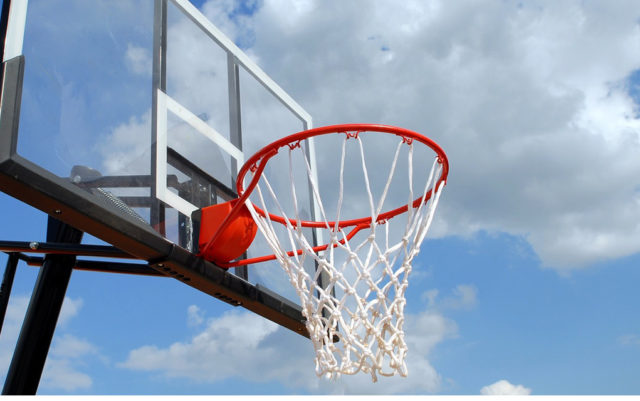 It began in late October when former NBA Commissioner David Stern said in an interview that he is “convinced that cannabis does have medicinal qualities and should be taken off the league’s list of banned substances.”

“I’m now at the point where, personally, I think it probably should be removed from the banned list. I think we have to change the Collective Bargaining Agreement and let [players] do what’s legal in [their respective] states. You’ve persuaded me,” Stern told former NBA player and Denver Nugget Al Harrington on the now infamous joint interview on Uninterrupted.

The change of heart was a bit of a shock for anyone familiar with Stern, who implemented strict drug rules during his tenure as commissioner. Back in his days (from 1984 to 2014), marijuana was commonly considered a dangerous gateway drug and, even for the most progressive sports league in the country, its rumored widespread use was considered a deterrent to public perception of the sport.

The fears were born in the “lost years” of the NBA, from about 1978 to 1980, when the league was still congealing from the merger of the ABA into the NBA in 1976. The players were hungry for contracts and money and so sacrificed team play for spectacle of their individual athleticism. On the court, players were gruff, their antics unpolished. Off the court, there were reports of widespread cocaine use. Public support of the league was at an all-time low.

So in 1983, Stern implemented an anti-drug agreement as part of an effort to win back audiences turned off by the league’s wild antics. But, save for rookies, drug testing wasn’t mandatory, and punishments were typically only dealt when players ran into trouble with the law; i.e., when their private lives became public.

During these years the NBA’s drug policy mimicked federal prohibition and so there was little room for argument against its rules, sympathetic as they were with the law. But times are changing and Stern recognized it on two levels, conceding not only the medical efficacy of marijuana, but the right of the players to engage in the freedoms they are legally afforded, state-by-state. That Stern was willing to talk about both is significant.

Albeit subtle, there is a difference between a narrow consideration of marijuana’s medical efficacy and a broader ethical one. To relegate it to pain reduction admits the drugs’ merits within an existing moral framework, one that is legally imposed upon players like it is on the rest of us; one that says marijuana is bad unless you use it if and when we say so.

But that sort of dictatorial management of players as assets is not in vogue in the NBA and even when it was, in the heart of Stern’s tenure, it wasn’t the reason fans came back to basketball.

Sure, after implementing the anti-drug agreement viewership numbers increased steadily to reach all-time highs in the late 1990s. But there were a lot of factors at play, like an improvement in the quality of the league’s television broadcasts (hard to watch a game when the basketball is indiscernible from the court) and an overall increase in the number of games aired. And now, with the same ’80s drug policies in place, the league’s viewership numbers are back in decline, not far above where they were during those fabled “lost years.”

So what brought the league back wasn’t a polished game or the league’s conservative reign over its players, it was the sport finding a balance between team play and the freedom of its players to be great, spectacular even. It was guys like Larry Bird and Magic Johnson playing linchpin roles that brought their teams titles, but also the epic three-point runs and slam dunks that bring fans to their feet.

That kind of team-endorsed freedom became a trademark of the NBA, but these days it extends beyond the court. NBA players enjoy an off-the-court independence atypical of professional athletes — follow any player on social media and you’re guaranteed back-door access to locker rooms and living rooms alike.

Once upon a time you could see a guy like Magic slam dunk and believe he was a real live superhero. But these days you see Lebron James slam dunk and then see him go ice his ankle after the game. Which is to say that the time of godliness in sports might be coming to an end. These are not superheroes who live above pain, or above pot for that matter.

The question isn’t just if professional athletes should be able to use marijuana for their pain, but if they should be allowed to use it in a state in which it is legally available to them without fear of punishment from the league. Should NBA players have the same rights as you and me?

Stern’s change of heart on marijuana is progressive in the world of professional sports. (By contrast, the NFL is currently — seemingly begrudgingly — developing a way to study the medical potentials of marijuana for its players, as a way to placate the players’ union, which has urged the league to remove marijuana from the banned substances list.) But it is a rather cold take in the culture of the NBA where many players, including Harrington, have offered anecdotal estimates that around 70 percent are regular users.