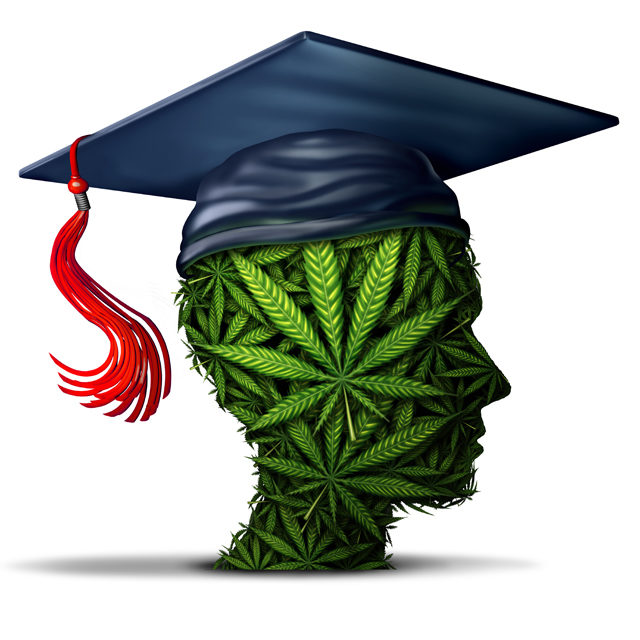 While our president has zero understanding of the effects of marijuana (“It does cause an IQ problem.”), or the how the marijuana industry works (oh gosh, Lev, they can’t use federally funded banks?), let’s all take a moment to stop and appreciate the scientists out there trying to improve our understanding of pot in spite of (or maybe because of) bold-faced ignorance.

Take a pair of research studies from Oregon State University, both centered on college students: One explores cannabis use among university students, the other looks at how marijuana use impacts the use of other recreational substances.

But, here’s the best part: The increase in cannabis use was most pronounced in students aged 21-26 and those living off campus.

So, let’s state that clearly: Young folks living in states where marijuana is legal are waiting until they’re adults, and living on their own, to use marijuana.

But the researchers didn’t stop there. Using the same data set as the first study, the team looked at how increased cannabis use affected use of other recreational substances popular among college students (“nicotine use, binge drinking, illicit drug use, and misuse of prescription stimulants, sedatives and opioids”), and the findings were both positive and negative.

The positive: In states with legalized recreational use, there was a greater reduction in binge drinking among students aged 21 and over.

The negative: In states with legalization, the researchers found an increase in sedative “misuse” among students younger than 21.

Binge drinking is a huge problem in the United States, with the Centers for Disease Control claiming one in six adults binge drinks four times a month. Research from Cowen & Company in 2018 had already shown that binge drinking was down among the general adult population in states with legalization, so it’s pleasantly surprising to see the trend carry over into the college demographic.

It’s less pleasant to see that the researchers found an increase in sedative misuse in college students 21 and younger in states with legalization.

These are Gen Zs we’re talking about, a generation that has spawned a collective of mumble rappers who dole out rhymes about indulging in Xanax and codine-spiked sodas. (No judgement: Millennials, Xers and Boomers have their own addictions and careless rock stars.)

Research suggests that Gen Zs are lonely, experience higher rates of mental health issues, and are less inclined to go out for a night on the town than previous generations were at the same age. Their interest in sedatives is no great surprise.

But it is troubling.

Research like the two OSU studies are critical as we move deeper into legalization. We need to understand the role marijuana plays in human health, and that requires unbiased, peer-reviewed studies. Perhaps college students in states with legal weed were more comfortable admitting sedative misuse, or perhaps access to marijuana at an early age set these students up for issues with insomnia, as some research has suggested it can. We know there’s a correlation now, so scientists can dive deeper into the issue and figure out the whys.

At the end of the day, marijuana is a psychoactive substance and we need to study it from every angle possible so we understand how to use it responsibly and how to talk to our young folks about it. We need to know where it’s helpful and where it’s harmful.

Just because the president is a moron about marijuana doesn’t mean the rest of us have to be.