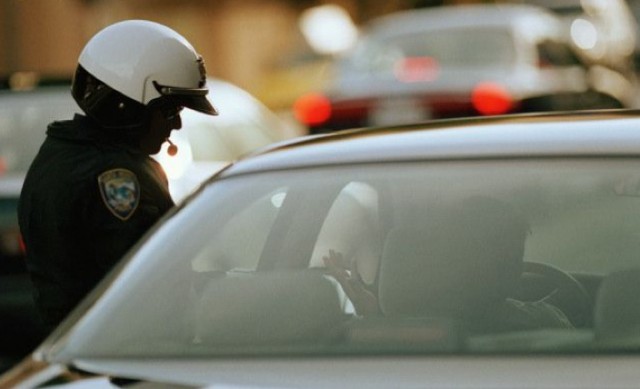 HB 1325, which determines driving impairment through a blood-level THC test, was passed by the Colorado legislature on May 7. The bill says anyone caught driving with more than five nanograms of THC per milliliter of blood is considered impaired, with the caveat that one could argue that you weren’t impaired in court afterwards. Earlier versions — this is the sixth — made it an automatic conviction. Gov. John Hickenlooper is expected to sign the bill into law.

More than 17 million Americans admit to smoking marijuana, and in 2010 10.6 million Americans reported driving under the influence of an illegal drug, with a high incidence of people age 18 to 25 among the respondents. More than 70 percent of those said they used marijuana before driving.

Eleven other states have enacted similar laws, and The Denver Post editorial board last week scolded Senate committee lawmakers as “irresponsible” for not allowing the bill to go forward earlier, while the Camera opined that we needed to get the five-nanogram blood-level test on the books quickly because “stoned people should not be driving.”

All well and good. But there must have been reasons why lawmakers have been wary of using this blood test to measure marijuana driving impairment. Nobody wants dangerous drivers on the road. Quickly getting a law on the books that designates how much THC makes a person a dangerous driver might make some people feel more protected. But will it actually be making the roads, or the public, any safer?

The evidence says it won’t. And that’s why there was committee pushback. It’s not because legislators don’t want safe roads. It’s that marijuana, like penicillin, or valium, or any other legal or illegal drug, works differently than alcohol does in the bloodstream, and unlike alcohol, a THC blood level is not a good indicator of intoxication.

Paul Armentano is deputy director of the National Organization for Reform of Marijuana Laws (NORML). His paper, “Cannabis and psychomotor performance: A rational review of the evidence and implications for public policy,” was published last year. In it, Armentano offers four reasons why blood-level tests for marijuana can be suspect: 1) Peak THC blood levels do not correspond with peak impairment; 2) THC’s effects on psychomotor performance vary widely among subjects; 3) Residual levels of THC can remain in the body for days, long beyond impairment time; 4) There is no practical method for blood samples to be collected on-scene.

If you consider the NORML paper pro-pot propaganda, there’s the U.S. Department of Transportation’s National Highway Traffic Safety Administration study of the relationship between pot and driving. Its conclusion in “Marijuana and Actual Driving Performance” (1993): “One of the program’s objectives was to determine whether it is possible to predict driving impairment by plasma concentrations of THC and/or its metabolite, THC-COOH, in single samples. The answer is very clear: it is not.”

Twenty years later, the NHTSA website continues to warn against using blood tests to determine THC impairment: “It is difficult to establish a relationship between a person’s THC blood or plasma concentration and performance impairing effects. … It is inadvisable to try and predict effects based on blood THC concentrations alone.”

A November 2012 study, “Per Se Drugged Driving Laws and Traffic Fatalities” by D. Mark Anderson and Daniel I. Rees, looks at statistics from the 11 other states that have established laws using per se blood-level limits and concludes that the laws aren’t improving traffic safety. “There is no definitive correlation between THC levels and behavioral impairment,” the researchers wrote, “and there exists no evidence that imposing such standards meets their stated goal to improve traffic safety and reduce incidences of DUI drug accidents.”

Apparently, lawmakers and the governor weren’t persuaded by the science and were more interested in getting a law on the books.

As Armentano notes, Colorado has a 90 percent conviction rate in impaired driving cases without using blood tests, and law enforcement already has many tools at its disposal, including field sobriety tests and drug recognition training, to deal with impaired drivers.

“This is a law that is born not out of necessity, but out of convenience,” he said. “Since November, I’ve been having this conversation almost daily, but I’ve yet to hear a persuasive argument in favor of per se testing.”

Nobody wants intoxicated drivers on the road. And just because the science suggests that driving stoned is safer than driving drunk doesn’t mean that responsible cannabis users should smoke and drive.

But in the face of the evidence, this law won’t make our roads any safer.

Respond: letters@boulderweekly.com What do you want to know about medical marijuana?