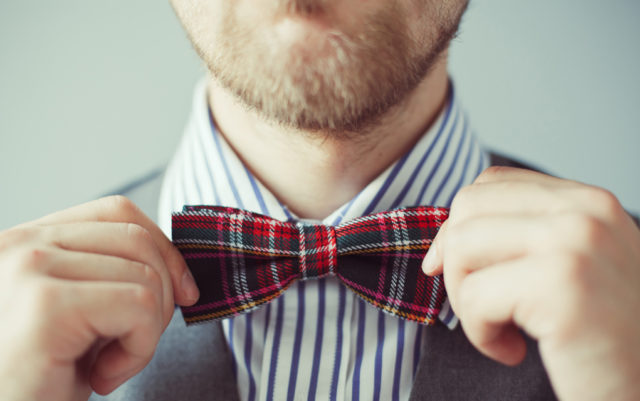 Tucker Carlson is an absolute moron. I know you already knew that so I’ll be more specific; he’s an idiot when it comes to his knowledge about pot. And he recently exhibited his ganja idiocy during an interview that went out over Breitbart’s SiriusXM radio program.

First of all, the words “Breitbart’s SiriusXM radio program” kind of makes me throw up a little bit in my mouth when I think about it. Just knowing that invisible waves from Breitbart carrying Carlson’s words are penetrating my body without my permission even when my radio is off makes me feel violated. We just have to look at what lurks below the MAGA hats to know that Carlson’s words cause permanent brain damage. We can only hope his silent cell-invading waves don’t have the same effect. Did I mention that Tucker rhymes with… But I digress.

On said radio program, Tucker called former House Speaker John Boehner, a Republican, a “pig.” If he’d stopped there he wouldn’t have gotten much of an argument from the elitist crowd, aka people and other mammals with an IQ over 80. But the reason for Tucker’s attack on poor sprayed-on-tan John was his decision to become a lobbyist for the marijuana industry. He accused Boehner of taking a paycheck in exchange for getting your kids to smoke pot. Got news for you, Tuck (which rhymes with… ) your kids are gonna smoke pot by the pound because their dad helped make Trump president and kept him in office by spewing hateful, racist shit out of his mouth all day long in exchange for a paycheck of his own — and because that bow tie period was pretty embarrassing. Honestly, you looked like a dummy that needed a hand up your back and a pull string for your yap.

Carlson also called Boehner “disgusting,” and pondered why Republicans weren’t calling him out on his new career. Tucker’s radio waves claimed that conservatives were acting like going from being Speaker of the House to being a marijuana industry lobbyist was somehow normal.

He’s got a point there. Usually GOP elected officials go from public office to being lobbyists for companies that make weapons to kill people or sell chemicals to put on crops that give people cancer or drug manufacturers that make people choose between their life-saving prescriptions or feeding their kids. How dare Boehner not go into one of these Carlson-approved lines of lobbying. How dare he lobby for an industry that is helping to stop children’s siezures, combat post-chemo nausea and hundreds of other now-proven benefits. “Pig,” indeed.

Oh, and Tucker, in states with legal marijuana, fewer high-school kids are smoking it than before it was legalized. In other words, when it comes to his knowledge about the marijuana industry, Mr. Carlson is an absolute Tucker.