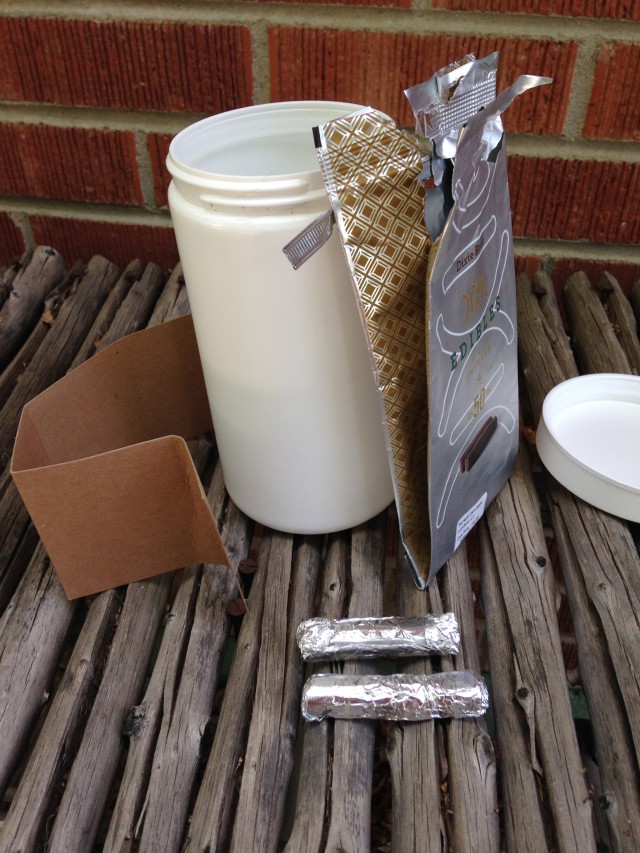 After reading about all these horrible experiences visitors are having with edibles, I decided to find out what all the fuss was about. Everybody’s heard about Maureen Dowd’s eight hours of hotel terror by now, but even ace cannabis correspondent Jacob Sullum had a negative experience recently with an edible while passing through the state. I chose Dixie Edibles THC Infused Dixie Rolls. There were two rolls in the package, both about the size of a Tootsie Roll, clearly marked as containing 50mg each of THC. On the back of the package it suggests single servings of 10mg for beginners. So the two rolls included 10 full servings at recommended dosages. The budtender asked if I was experienced and reminded me of the recommendations.

I cut off what I considered three servings. It tasted like a Tootsie Roll with a definite cannabis overtone. We walked over to a neighbor’s birthday party, and about an hour and a half later I began to notice a pleasant relaxation in the muscles in my neck at about the same time the conversation became more animated. We came home and watched an episode of House of Cards. The intensity level began dropping off within three or four hours of ingestion, and I had no problem sleeping. I repeated the experience the next night with nothing negative to report.

So why the bad experiences? Two things seem to be at work here. The first is ingesting an edible at the prescribed dosage and then ingesting more before the first dose takes effect. The second is being caught in a place you don’t want to be — say, an out-of-state hotel room — by yourself when the edible takes effect.

In 1972’s The Natural Mind, Andrew Weil sug gested that humans are innately drawn to alter their consciousness, and that we do this beginning as children. This made perfect sense to me back then, and it still makes perfect sense to me today, especially when I’m watching someone like Ann Coulter explain that people don’t drink alcohol to get “high” and therefore cannabis must be worse than alcohol.

Weil didn’t advocate drug use in The Natural Mind, but his suggestion that it wasn’t deviant or unnatural to want to alter your consciousness ran counter to my upbringing but made so much sense. Using ideas developed by Timothy Leary and others, Weil touted the concept of set and setting to help determine a subject’s reaction to mind alteration, be it with drugs or meditation. “Set is a person’s expectations of what a drug will do to him, considered in the context of his whole personality,” Weil wrote. “Setting is the environment, both physical and social, in which a drug is taken.”

The set/setting concept seems helpful when approaching edibles. The best advice, of course, is to always use common sense, something the government itself can’t legislate, by the way. But you can control your set and setting.

If you’re curious, before dabbling in edibles, I would suggest smoking bud marijuana first. Smoking cannabis is the fastest way to experience the “altered consciousness” that THC provides. More importantly, it’s an easy way to control your dosage — if you feel your consciousness changing too much or too quickly, you can stop. If you don’t like smoking, substitute a vaporizer, which uses cannabis vapor instead of smoke and which you can easily control dosage in much the same way.

So you’ve tried it and liked the change in consciousness, and you want to try an edible. First, tem per your expectations. The packaging says that for individuals not used to cannabis, try 10mg and see what happens. Don’t take more just because you don’t feel it for a while. It took more than 90 minutes for the Dixie Roll’s effects to begin happening to me.

Even more importantly, plan something pleasant for the setting: a picnic, a walk in the foothills, a movie, working on your lawn, a fine dining place. Don’t drive. And don’t plan something you’ve never done before. Cannabis tends to complement your feeling and your mood, so doing things you enjoy is perhaps the most important thing to remember. Being in the wrong place, as Dowd’s night in Denver shows us, could make the experience much worse.

For tourists and anyone else, eating edibles is one of the few ways to consume cannabis legally. Which brings up the topic of where people will be able to legally consume cannabis, something that will most certainly have to be revisited in Colorado as legalization moves along. The city of Denver’s raid and closing of a private cannabis club last week isn’t promising, but we’re going to need to have that conversation, or we’ll continue to have problems with edibles for tourists.

While I sympathize with the legislature’s attempts to keep edibles away from kids, the packaging was almost comically wasteful. The two small candy-barsized rolls were inside a sturdy, reinforced package eight inches by 3¾ inches that I had to cut with a pair of scissors to get inside. That bag was stuffed into a plastic container more than six inches high. Without the packaging, the plastic container alone could hold several dozen of the edible rolls.

Somehow the idea that a container that could hold probably 80-100 Dixie Rolls is being used to transport two of them seems ridiculous. Besides driving up costs, it’s just wasteful, especially since children aren’t getting cannabis at retail stores. I don’t want Dixie Rolls in the hands of children. But are giant plastic tubs that hold tiny amounts of edibles and then wind up in landfills the best answer?