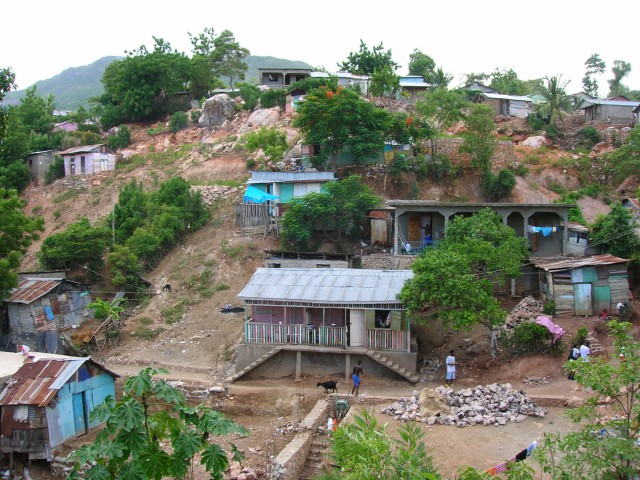 Dear EarthTalk: What are the primary environmental concerns in the aftermath of the big earthquake in Haiti?

As would be the case after any natural disaster, water-borne illness could run rampant and chemicals and oil could leak out of damaged storage facilities as a result of the magnitude 7.0 earthquake that ripped apart Haiti on Jan. 12. Surprisingly, no large industrial spills have been found during initial postquake rescue efforts, but of course the focus has been on saving human lives and restoring civil order.

According to the United Nations Environment Programme (UNEP), the biggest issue is the building waste; some 40 percent to 50 percent of the buildings fell in Port-au-Prince and nearby towns. “Thousands of buildings suddenly become debris and this overwhelms the capacity of waste management,” says UNEP’s Muralee Thummarukudy, who is directing efforts to collect the waste for use in reconstruction projects.

Even before the quake Haiti had major environmental problems. Intensive logging beginning in the 1950s reduced Haiti’s forest cover from 60 percent to less than 2 percent today. This lack of trees causes huge soil erosion problems, threatening both food and clean water sources for throngs of hungry and thirsty people. “If you have forest cover, when heavy rain takes place it doesn’t erode the land,” UNEP’s Asif Zaidi reports. “It doesn’t result in flash floods.” He adds that, due to its lack of forest cover, Haiti suffers much more during hurricanes than does the neighboring Dominican Republic.

Compounding these ecological insults is Haiti’s fast-growing population, now 9.7 million and growing by 2.5 percent per year. This has pushed millions of Haitians into marginal areas like floodplains and on land that could otherwise be used profitably. “Most fertile land areas are often used for slums, while hillsides and steep landscapes are used for agriculture,” reports USAID’s Beth Cypser. The resulting sanitation problems have stepped up cases of dysentery, malaria and drug-resistant tuberculosis among Haiti’s poverty-stricken population. Trash-filled beaches, smelly waterways, swarms of dead fish and tons of floating debris stand testament to Haiti’s water pollution problems — now exacerbated by the earthquake.

“We need to … create mechanisms that reinforce better use of natural resources,” says UNEP’s Zaidi. Prior to the quake, UNEP had committed to a twoyear project to restore Haiti’s forests, coral reefs and other natural systems compromised by the island’s economic problems.

Providing access to propane to encourage a shift from charcoal-burning stoves is an immediate goal. Longer term, UNEP hopes the program will help kick-start reforestation efforts and investments in renewable energy infrastructure there.

Perhaps the silver lining of the earthquake in Haiti is the fact that millions of people around the world now know about the plight of the country’s people and environment, and donations have started to pour in.

Anyone interested in helping relief efforts in Haiti can send a text message triggering a small donation to the American Red Cross (text “HAITI” to 90999 and $10 will be donated and added to your next phone bill). Those concerned about clean water specifically should donate to World Water Relief, a nonprofit focusing on the installation of water filtration systems in Haiti and other distressed areas of the world.