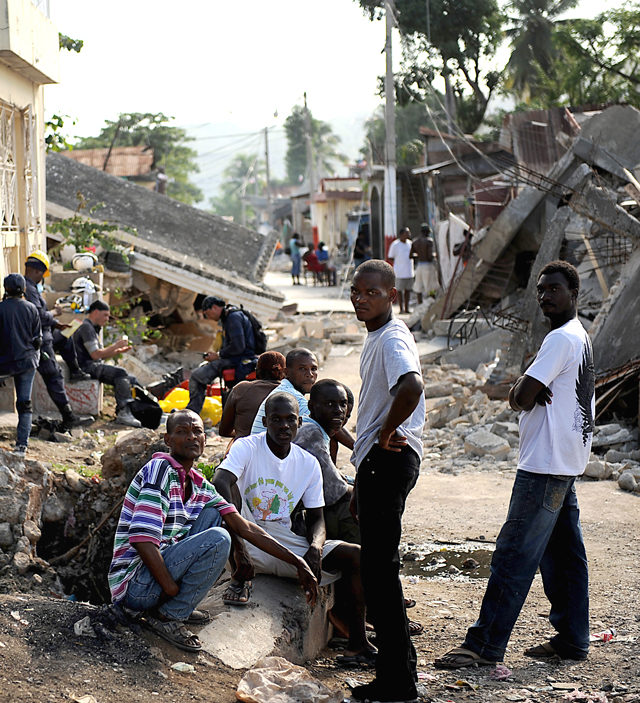 On Nov. 20, the Department of Homeland Security (DHS) announced it’s terminating Temporary Protected Status (TPS) for approximately 50,000 Haitian immigrants, effective July 2019. Haitians living in the U.S. were granted TPS following the 2010 earthquake that displaced more than 1.5 million people and killed roughly 300,000. According to the announcement, the decision was made with input from Haitian officials, community meetings and interviews with TPS holders, among others. However, many immigration advocacy organizations, Democratic legislators and folks in Haitian communities across the country are dismayed by the decision.

“People are scared and worried because they don’t know what’s going to happen,” says Emmanuel Jean, co-founder of the Colorado Haiti Society. “Some people lost everything, family, everything. When they came here, somebody embraced them and they started a new life. To send them back over there is going to have a psychological impact.”

In her announcement, Acting DHS Secretary Elaine Duke said the “extraordinary but temporary conditions caused by the 2010 earthquake no longer exist” in Haiti, and therefore the country is prepared to handle “the return of their nationals.” But since the earthquake, Haiti, the poorest country in the Western Hemisphere, has struggled to recover. An ongoing cholera outbreak has killed thousands, affected hundreds of thousands more, and continues to pose health risks for the country’s approximately 11 million citizens. In 2016, Hurricane Matthew struck the country, destroying 200,000 homes and triggering a food crisis and an economic loss of $2.8 billion. Hurricanes this year have caused additional damage, flooding and crop loss.

“If the decision is to give the impression that there are other options for those folks, that’s not the reality,” says Wynn Walent, executive director of the Colorado Haiti Project based in Louisville. The Project works with rural Haitian community leaders on issues from job creation to education to community health. Walent spent more than two years in Haiti following the 2010 earthquake and continues to go back several times each year.

“Things are still extraordinarily difficult in Haiti,” he says. “There’s huge problems of unemployment and lack of access to health care. There’s sanitation and infrastructure issues. And the decision is supposed to give the idea that the disaster is passed and there’s no need for temporary exemption because things have improved significantly and there’s not the need that there was after the earthquake. It’s just not the reality for most Haitian families.”

Prior to the decision, Haitian ambassador Paul Altidor called for the re-designation of TPS due to prevailing hardships in the country, or at least the maximum extension — 18 months — to allow “the Haitian Government more time to implement its ongoing recovery and redevelopment plan.”

While DHS chose to terminate the program for Haitians, it did grant Haitian TPS holders until July 2019 to prepare for departure or “seek another lawful immigration status, if eligible.”

But while TPS comes with work authorization, it has always been temporary without a pathway to residency or citizenship.

Congress created TPS in 1990 to provide temporary relief for immigrants from specifically designated countries experiencing ongoing armed conflict, environmental disaster or other extraordinary but temporary conditions. There are currently about 300,000 people from 10 different countries with TPS in the U.S. Salvadorans are by far the largest beneficiaries, followed by Hondurans and Haitians. According to the Center for American Progress, there are 1,400 TPS holders in Colorado from these three countries, who contributed an estimated $78.2 million to the annual state GDP.

Under the Trump administration, the entire TPS program has come under threat and many immigrants, allies and advocacy organizations are calling for a more permanent solution.

On Nov. 6, Acting Secretary Duke delayed a decision for Honduras, citing inadequate information about the country’s conditions and postponing a determination for another six months. At the same time, DHS terminated TPS for Nicaraguans, giving people until Jan. 5, 2019 “to allow for an orderly transition before the designation terminates.” TPS for roughly 195,000 Salvadorans expires in March, and DHS is expected to make a decision whether to extend or terminate in January.

“TPS is part of our communities here in Colorado,” says Gabriela Flora, program director for the Colorado Chapter of the American Friends Service Committee (AFSC), a national immigrant-rights organization. “Rather than ripping away their status, we should be finding ways for them to have access to a pathway to citizenship.”

AFSC is supporting legislation both in the U.S. House and Senate that would do just that. In November, Democratic representatives introduced the American Promise Act of 2017 in the House with 36 co-sponsors, and Democratic senators introduced the Safe Environment from Countries Under Repression and in Emergency, or SECURE Act. Both bills would allow TPS holders to pursue legal permanent residency.

“We call on the full Colorado delegation to support these bills and create a long-term solution,” Flora says. “Taking away their status rather than providing them a pathway to citizenship is contrary to our community, our state and our country.”

As Congress considers legislation, Haitian TPS holders, their families and the entire Haitian community in the U.S. faces uncertainty. In the last year, there has been a surge of Haitian immigrants arriving at the U.S. southern border, many seeking to reunite with family members with TPS. If forced to return, thousands of Haitian TPS holders would be separated from their children born in the U.S. who now have citizenship. Countless others are crossing the northern border into Canada, hoping to find a stable and secure home there.

“The best thing to do is to let people stay here,” Jean from the Colorado Haiti Society says. “There’s no way they can go back to Haiti right now.”