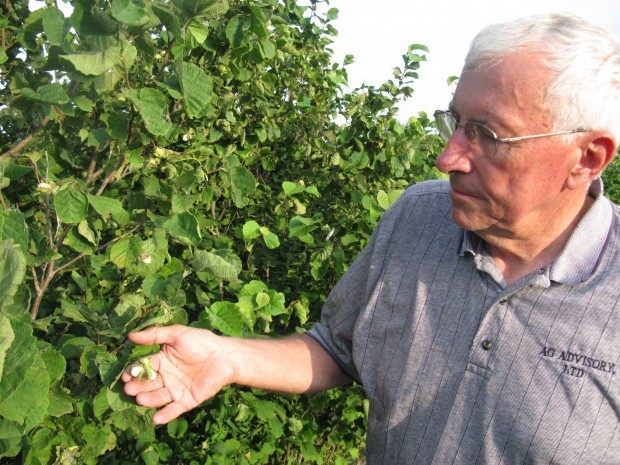 One of the experts set to testify at Wednesday’s long-awaited meeting about the county’s policy for genetically modified organisms (GMOs) on open space says scientists are seeing new, alarming patterns in plants and animals due to increased use of the herbicide Roundup.

Michael McNeill is an agronomist who owns Ag Advisory Ltd. in Algona, Iowa. He received his Ph.D. in quantitative genetics and plant pathology from Iowa State University in 1969 and has been a crop consultant since 1983. He was among three experts invited by county officials to testify at the Aug. 10 meeting of the Cropland Policy Advisory Group (CPAG).

CPAG, which has been meeting since February, serves as a sounding board for the county’s parks and open space staff as they develop a new cropland policy on matters like what may be grown on county land. The group has only touched briefly on the hot-button GMO issue in its past meetings; the Aug. 10 meeting was devoted entirely to the subject.

McNeill told Boulder Weekly before the meeting that he and his colleagues in the industry are seeing serious, negative effects produced by the use of glyphosate, which is the primary ingredient in Roundup weed killer. (Monsanto, the company that makes Roundup, has generated controversy by genetically altering crops to make them resistant to the herbicide.)

McNeill says that in the Midwest and other areas of the country, such as Louisiana and Mississippi, weeds like water hemp, giant ragweed, lamb’s quarter and velvet weed have become Roundup resistant through natural selection, due to a particular genetic mutation that survived the poison and therefore reproduced successfully and wildly.

The problem is, farmers’ natural reaction has been to simply apply more Roundup to their crops, which is having deleterious impacts, McNeill says.

“Used judiciously, it can be a useful product, but as with anything, if you abuse it, it can have negative effects,” he says.

McNeill explains that glyphosate is a chelating agent, which means it clamps onto molecules that are valuable to a plant, like iron, calcium, manganese and zinc.

“When you spray glyphosate on a plant, it’s like giving it AIDS,” he says.

The farmers’ increased use of Roundup is actually harming their crops, according to McNeill, because it is killing micronutrients in the soil that they need, a development that has been documented in several scientific papers by the nation’s leading experts in the field. For example, he says, harmful fungi and parasites like fusarium, phytopthora and pythium are on the rise as a result of the poison, while beneficial fungi and other organisms that help plants reduce minerals to a usable state are on the decline.

He explains that the overuse of glyphosate means that oxidizing agents are on the rise, creating oxides that plants can’t use, leading to lower yields and higher susceptibility to disease.

McNeill acknowledges that Monsanto could simply find a new chemical that kills the newly resistant weeds, but the weeds will simply find a way around it again.

McNeill says the situation is causing “sudden death syndrome” in soybeans, which means they are dying at increased rates when they go into their reproductive phase. He adds that corn is showing a higher incidence of Goss’s wilt, which has been a problem in Colorado since the early 1970s, and

studies show that glyphosate causes a rise in both diseases.

And the problems are not limited to plants, it’s extending to the animals that eat them, according to McNeill.

He says he and his colleagues are seeing a higher incidence of infertility and early-term abortion in cattle and hogs that are fed on GMO crops. He adds that poultry fed on the suspect crops have been exhibiting reduced fertility rates.

McNeill, who works with universities, the federal government and private companies, says his advice to his farmer clients is to rotate chemicals — or don’t use them at all. While it is more labor-intensive, organic farmers usually cut their weeds as an alternative to herbicides. He says he consults for about 160,000 acres of conventional farmland and 5,000 to 6,000 acres of organically farmed land.

McNeill compares the Roundup situation to the way science eventually caught up to another poison: Just as DDT was initially hailed as a miracle pesticide and later banned, researchers are beginning to discover serious problems with glyphosate.

“Some issues are starting to arise with technologies that probably needed more research before we started using them,” he says. “It’s a moving target.”

The other two experts invited to the CPAG meeting, Kent Davis of Crop Quest and Phillip Westra of Colorado State University, did not return calls by press time.