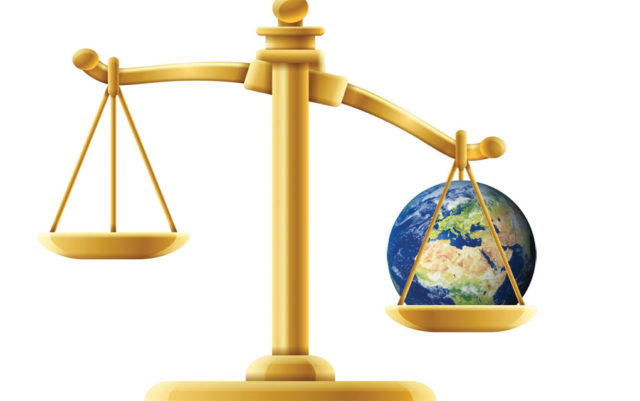 It’s been a little over a year since the City of Boulder and Boulder and San Miguel counties teamed up and filed a lawsuit against energy companies to fight climate change. Since then it seems like things may just be getting worse.

For the first time in human history, the level of atmospheric carbon dioxide surpassed 415 parts per million over the weekend of May 11. Carbon emissions are once again on the rise, growing 2.7 percent in 2018 despite global commitments to curb them. The U.N. has given a decade or so to change course if we’re to avert climate catastrophe. Climate change is already affecting coastal communities, biodiversity and economies around the world.

All the while, the climate case in Colorado makes its way slowly through the courts. The suit seeks damages, and in some sense, accountability, from Exxon Mobil and Suncor Industries, two of the largest carbon producers, both of which acknowledge their products contribute to climate change.

Damages include paying for large expenses like flood and wildfire recovery efforts, but it also covers daily, weekly, seasonal and annual expenses a local government could incur due to climate change. According to the lawsuit, local governments have already spent tens of thousands of dollars studying the impacts of climate change, looking at everything from the economic impacts to adapting to extreme heat to changes to the water and forest systems. They expect to spend millions more based on projected precipitation levels, increased wildfire risk and rising average temperatures, all attributable to climate change.

“It goes across every aspect of local government, whether it’s mosquito control, removing trees that the bark beetles have killed, being concerned about water supplies; truly basic government services are getting more expensive,” says David Bookbinder, an attorney with the libertarian think tank the Niskanen Center, which is representing the local governments along with EarthRights International and Denver attorney Kevin Hoonan.

Bookbinder was in town in late April, along with representatives from the Union of Concerned Scientists (UCS), to discuss the lawsuit and the growing body of scientific research, which they say back up the lawsuit’s claims.

Currently, the common narrative about combating climate change revolves around how much individual countries are emitting greenhouse gases into the atmosphere and creating policies and reduction goals in response.

But that’s just one half of the equation according to Dr. Brenda Ekwurzel, director of climate science with UCS and a leading climate attribution scientist, a relatively new yet rapidly expanding field which connects severe weather events and conditions directly to climate change.

The damage of past greenhouse gas emissions is “already baked in” until at least 2030, she says, which makes the discussion not just about what could happen in the future, but what people are grappling with today.

Adaptation is paying for air conditioning in schools and other government buildings as temperatures are historically higher during spring and fall. It’s repaving the roads with more heat-sensitive chemical binders as it gets hotter, a feat which could increase Boulder’s asphalt costs by 40 percent, Bookbinder says. It’s combating air quality as ground level ozone worsens, which has direct impacts on the economy, Ekwurzel says.

As scientists are able to project increasing temperatures, along with emissions based on stated reduction goals, they can then predict how many more people are going to be exposed to greater ozone concentrations and then “we can siphon off those extra costs to the economy,” Ekwurzel says. Say heightened ozone levels cause a child to have an asthma attack. That generally means at least one of their parents won’t go to work, resulting in lost labor hours. Additionally, the attack may result in an emergency room visit, which has further ripples in the economy.

“This type of information helps highlight the damages of today. Many times people talk about the future and fighting for the future,” Ekwurzel says. “I find that that is missing a lot of the point.”

Ekwurzel’s work also changes the emissions narrative, shifting the responsibility from countries to specific industries, mainly carbon-producing entities. Her latest study reveals that approximately 43 percent of the rise in atmospheric carbon dioxide since 1980 can be attributed to the top 90 carbon producers. “There’s an actor involved with making a product that’s harmful,” Ekwurzel says, admitting that the percentages from her latest work don’t necessarily equal responsibility. “That’s out of the realm of science. That’s in the realm of philosophy, courts and juries to think about what level of maybe extra responsibility might be in the mix.”

Which is where lawsuits like Boulder and San Miguel counties’ comes into play.

The lawsuit can be boiled down to a simple question, according to Bookbinder: “Who’s going to pay? Is it going to be the taxpayers? Or the guys who made huge amounts of money because they concealed their knowledge and when they admit what their products do say, ‘Now we’re going to make your problem worse,’” he says.

There’s little legal precedent for such a case, and similar cases are making their way through courts on both coasts, with appeals pending in New York and California. But Bookbinder says all of the current climate lawsuits will hopefully “start clarifying the landscape.”

“It’s going to take some time,” he admits. “The wheels of justice grind very slowly.”

The next hearing for the case in Colorado was scheduled for May 30, but has been be postponed. It was to be heard by Federal Judge Wiley Daniel, who passed away on Friday, May 10.