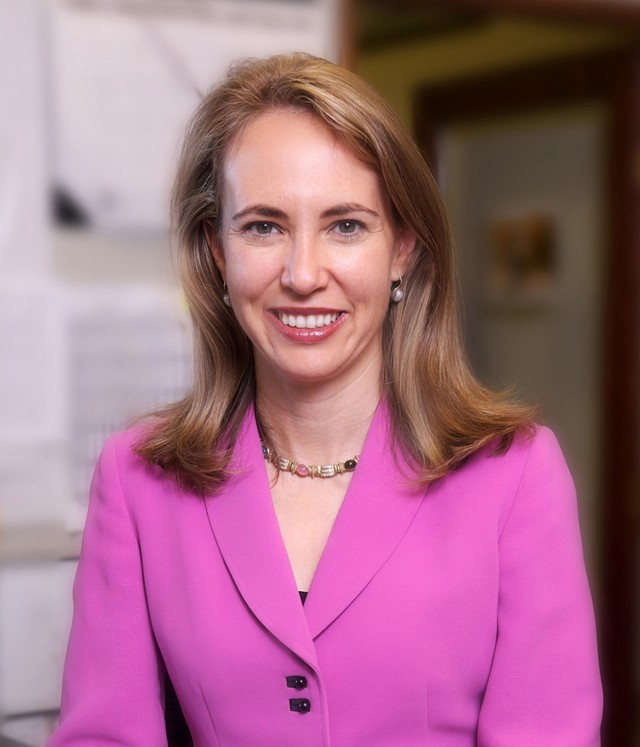 The Democratic congresswoman’s appearance Sunday,
exactly a year after she was shot in the head during a rampage at a
meet-and-greet here, provided an emotional crescendo to a day of
commemoration.

The attack left six people dead, 13 wounded and
Tucson — which likes to think of itself as a “big small town” — nothing
short of traumatized. The anniversary showed the city at a crossroads:
still mourning “the event,” as it’s sometimes called, yet trying to move
on.

Swaddled in a red scarf, Giffords walked onto the
outdoor stage at the University of Arizona just after sunset, one of her
rare public appearances since the shooting.

With her husband, Mark Kelly nearby, she gripped her
right hand with her left — the shooting has affected her mobility on her
right side — and tried to pull it as close as possible to her heart.
Then she led the crowd in reciting the Pledge of Allegience, giving
extra emphasis to the conclusion, “with liberty and justice for all.”
Her voice was strong enough to bring some people to tears.

Giffords remained animated throughout the hourlong
vigil: smiling, sometimes standing, nearly always gripping Kelly’s hand.
At least once, he leaned his head on her shoulder.

“Gabby! Gabby!” the crowd chanted as the vigil wrapped up.

Giffords is viewed as something of a phoenix here,
with her improbable, if still-in-progress, return to health. On Sunday,
President Barack Obama called her “an inspiration to his family and
Americans across the country” and said he was amazed by the
congresswoman’s courage “along her incredible road to recovery.”

At an afternoon event in Tucson, U.S. Sen. Mark
Udall, D.-Colo., held up Giffords as a symbol of political moderation
that is needed more than ever. “Although Gabby now struggles with her
words at times, we know what she’s trying to say … Words matter, and
these days you don’t hear our elected officials using words to bring us
together,” Udall said.

Still, the congresswoman’s political future remains
uncertain, and some people have raised questions about the long-term
impact of her injury. In the coming months, she must formally declare
whether she will seek a fourth term in Congress

Giffords, 41, has spent much of the last year in
Houston undergoing physical and speech therapy. She cast one vote in
Congress — to raise the debt ceiling — and recently gave a televised
interview to ABC’s Diane Sawyer. But she’s remained largely out of
public view.

On Saturday, Giffords and Kelly, a former astronaut,
visited Tucson’s University Medical Center, where Giffords was treated,
and a trailhead named in honor of Gabe Zimmerman, a Giffords aide who
was killed in the attack.

The couple also returned for the first time to the
scene of the shooting, the Safeway that anchors the upscale shopping
center La Toscana Village on the city’s northwest side. Kelly tweeted a
photo of Giffords, in a dark jacket, jeans and sneakers, standing
outside the store and pointing.

The suspected gunman, Jared Lee Loughner, has pleaded
not guilty to 49 charges in connection with the shooting. He has been
diagnosed with schizophrenia.

Much of Sunday afternoon was dedicated to honoring
those killed, including Zimmerman; federal Judge John Roll; Dorothy
Morris; Phyllis Schneck; and Dorwan Stoddard, who died while shielding
his wife from gunfire. The most emotional tribute was reserved for
Christina-Taylor Green, who was 9 years old.

Two of the girl’s friends — Serenity Hammrich and
Jamie Stone, wearing matching black dresses and tights — addressed
hundreds of people in a university auditorium. They remembered how
Christina-Taylor liked to sing — a particular favorite was “Evacuate the
Dancefloor” — and pick clovers outside.

“She wasn’t afraid of boys or sports or anything,”
said Serenity, who described her dark-haired friend as looking “just
like me, but taller.”

Earlier in the day, a few dozen mourners gathered at
the Safeway to offer their own tribute to the dead: ringing bells at the
exact time a year ago when the gunman opened fire.

Soon after the shootings, flowers and candles sprung
up outside the Safeway. Retired teacher Kati Boehm lives nearby, and
each time she went shopping after the killings, she said, she’d buy a
single flower and add it to the pile. Even after the flowers were
cleared out, the grocery revived memories of the shootings.

Others seemed to feel the same. After the shootings,
someone set up six white wooden crosses, each decorated with an
artificial bouquet, across the street in a patch of dirt. The crosses
still stand, with the names of the dead printed in black.

“I think people want to be connected to one another and sometimes it takes tragedy to do that,” Boehm said.

Boehm clanged her wind chimes. Others shook strands
with multiple bells. One woman made due with rattling her keys, while
bystanders trembled and hugged.