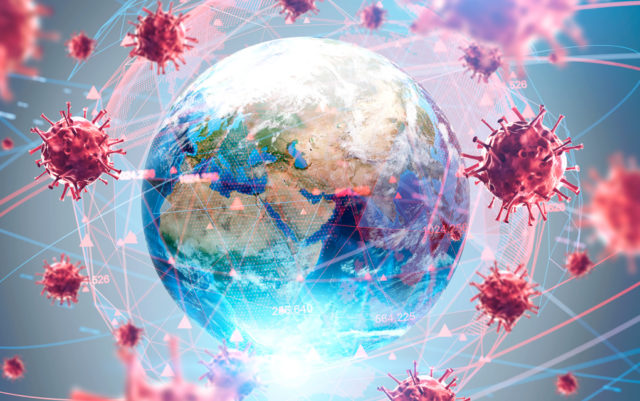 Stephen Schneider died on July 19, 2010 of a pulmonary embolism on a flight from Stockholm to London. He was 65, one of the best-known climatologists in the world, and one of the leading voices urging international action against global warming.

I first met him at the start of his career, when he was a brash, young scientist at NCAR. The year was 1976, and he had just published his first book, The Genesis Strategy, which gained him international recognition. I’d interviewed him when the book came out for a piece in the Boulder Town & Country Review (of blessed memory), a weekly paper that occupied the niche now filled by Boulder Weekly.

A year or two later I was at a party at his house where I got to talk to him about his latest projects. He said he was working on a second book, and he gave me a draft of the outline for it and a draft of the first chapter. By then I was no longer working for Town & Country, so I set them aside.

A few weeks ago I was cleaning out a storage locker at an undisclosed location in North Boulder (aka The Crypt) when they turned up in a box of old story ideas.

Both were dated June 1977 and labeled “First Draft.”

Reading them was like opening a time capsule. They provided an intellectual portrait of Schneider at a time in his life when his worldview was developing, and of the world in which he was developing it.

A lot of the specific problems in that world have since been overtaken by events and replaced by others. His views on climate change and how to deal with it were still in the process of jelling.

But the papers also contained some advice on how to deal with what today we call “black swan” events like the coronavirus pandemic; Schneider called them “nasty surprises.” His prescription for surviving them is as timely today as it was 43 years ago.

Schneider argued that the way to deal with the nasty surprises would be to adopt what he called an “Exodus strategy,” named after the strategy the Egyptian Pharaoh adopted at the urging of Joseph for dealing with crop failures: Stockpile some of the agricultural surpluses produced during the years with good harvests into storage for use during years with poor ones.

However the Exodus strategy went beyond that. Here are the main points:

• Avoid over-dependence on any particular resource or supplier.

• Set up systems for early detection of impending nasty surprises.

• Ascertain the real costs of catastrophes.

• Buy time. (This is not the time to choose; too many uncertainties).

• The developing world can’t be allowed the luxury of learning from its own nasty surprises.

• Determine whether a particular nasty surprise comes with irreversible or reversible consequences. This is critical for choosing the strategy for dealing with it.

Schneider was thinking about nasty surprises in the context of climate change and its likely consequences — famines, floods, droughts, hurricanes — not global pandemics that are not specifically climate-related. But his strategies for dealing with nasty surprises speak to lessons that should be learned from the disruptions caused by the coronavirus pandemic.

Have a reserve? Hey, those agricultural surpluses the U.S. spent so much time ridding itself of in the past look more like a feature, not a bug in the face, of a sudden shutdown of the economy and empty supermarket shelves.

Avoid over-reliance on any particular supplier? Like China maybe, which currently supplies the U.S. with a breath-taking list of critical goods and materials that we used to make for ourselves, including, but not limited to medical supplies.

Denying the developing world the luxury of learning from its own nasty surprises? That may seem condescending today, but the truth is China (which is a fully developed country but often acts unlike one) was given that luxury in how it handled the coronavirus.

Determine whether a particular nasty surprise comes with irreversible or reversible consequences? Schneider attached particular importance to this point. He maintained that societies (human, animal and plant) have both resilience and stability. A nasty surprise with reversible consequences can be dealt with by a stable society; it can either ride out the surprise and maintain its form, “or at least will return to its original form after a perturbation (like a bad winter or a dry year).”

A nasty surprise with irreversible consequences or consequences particularly difficult to reverse “suggests that the society or ecosystem may shift to new equilibrium forms, not necessarily the same ones as before but equilibria which may be more appropriate to the times, and the transition from old to new could involve less disruption than the long march back to stability for stable, but not resilient, eco-systems.”

But Schneider’s concerns extended beyond creating an Exodus strategy for dealing with the consequences of black swan events.

One of his main worries was that the technologies that the country and the world were coming to depend on for national and civilizational survival, and the management infrastructure necessary to operate and maintain them, were becoming so complex that the investment in time and effort necessary to understand them was beyond the means of most ordinary people.

And that, Schneider said, raises “a very tough question: Is growing complexity governable by democracy?; and its derivative question: Can democracy survive growing technology?”

And, “Should there really be a right, not guaranteed in anyone’s constitution, to live in an intelligible world?”

And should we consider limiting the introduction of some technologies “solely for the possibility that this increased level of complexity would provide an increasingly unbearable burden on the time of our citizens just to keep up with these issues that are shaping their lives and those of their children?”

It’s not clear what technologies Schneider was thinking of in 1977. I think they may have been artificial intelligence and genetic engineering. Then again, 1977 was the year Apple introduced the Apple II and the personal computer revolution took off. The predecessors to today’s internet were just coming into existence at the time — the term “internet” was coined in 1974 — and Schneider was certainly prescient enough to have seen the disruptive potential that could be caused by a communications network with the potential to give everyone on the planet with something to say — educated, ignorant, sane and insane — access to a global audience. Had he lived it would be interesting to know what he made of today’s web and the social media it spawned.

He worried about whether the impact of atmospheric pollution and its effect on the climate could lead to “a food/climate famine catastrophe.”

The problem, he said, was that the pollution was coming from technologies and practices whose purpose was to drive the economic growth needed to improve the lives of “the more than 4 billion people that live on Earth, an Earth which still clings to its high population growth rate of about 2% per year, about 80 million new mouths to feed each year resulting in a doubling time for human population of 35 years.”

(Today’s world population is 7.7 billion and is still growing by about 80 million a year, but the population growth rate has dropped to about 1%; which means the time needed for the population to double is about 70 years, not 35. In other words we’ve bought time, but the clock is still running.)

Schneider declared himself a “Neo-neo-Malthusian”:

“[I]n this case, I am not merely joining those arguing that population will grow ‘geometrically’ while food supply grows ‘arithmetically,’ but rather, in this case, there is a Malthusian analogy I call a ‘neo-twist’: Insults to both our physical and social environments are growing very rapidly whereas our understanding of the implications of such growth is unable to keep up with the potential impacts of these insults. … We are insulting the environment ‘geometrically,’ but understanding it only ‘arithmetically.’”

Under these circumstances, nasty surprises will become commonplace, he said.

And so it came to pass.