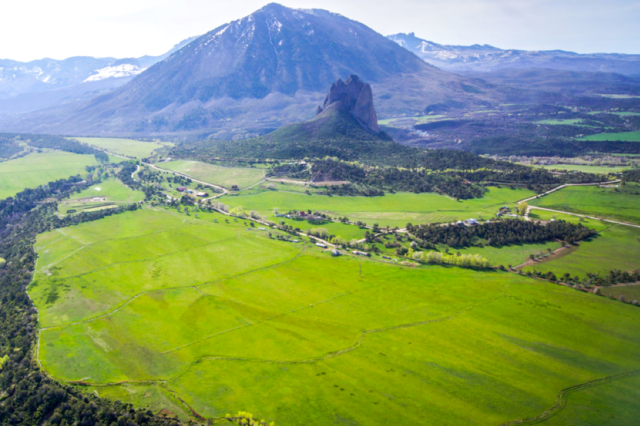 On April 9, the Trump administration announced in a final ruling that it will expand oil and gas drilling on 1.7 million acres of public and private land in southwestern Colorado.

There were more than 42,000 public comments filed in opposition of the plan. The Western Environmental Law Center (WELC) asserts the plan did not consider alternatives to leasing land for fossil fuel extraction, nor did it consider how it would affect organic agriculture, the climate and endangered species in its plan.

The plan, “gives the initial green light to widespread, long-term oil and gas development in the ecologically sensitive North Fork Valley,” said WELC’s Melissa Hornbein in a press release. “This plan, unconscionable as the connections between fossil fuel emissions and global climate change become clearer every day, has the potential to exponentially increase greenhouse gas pollution in the region over the next decade, when we need to be drastically reducing emissions.”

Oil and gas production estimates show the plan would increase pollution in the region by more than 2,300% over the next 10 years. The plan would allow fracking on more than half of the 675,000 acres of public land in the area, as well as mining on almost a million acres and coal extraction on another 371,000 acres, WELC found.

“It makes no climate, ecological or economic sense to drill in the North Fork Valley,” said Natasha Léger, executive director of Citizens for a Healthy Community. “This is exactly the type of federal action that is responsible for accelerating climate and environmental degradation, which cannot be allowed to stand if we have any hope of protecting present and future generations, rare and irreplaceable ecosystems like the North Fork, and meeting Colorado’s goals for a clean and renewable energy future.”

About a quarter of greenhouse gas pollution in the U.S. comes from fossil fuel production on public land.

The Larimer County Board of Commissioners passed its first rules for oil and gas development in the county on April 6. But Larimer Alliance for Health, Safety and the Environment, an advocacy group, says the vote was biased and defies SB 181, which gave local control over oil and gas activities to communities in Colorado.

The Alliance called for a moratorium on drilling until the Colorado Oil and Gas Conservation Commission (COGCC) issues its state-level regulations, which the Larimer Commisioners did not oblige, the group says.

“Larimer County’s process for adopting the new oil and gas regulations was merely a rubber stamp for an industry desperate to dig itself out of debt,” said Joseph Salazar, Executive Director for Colorado Rising, which provided support for Larimer Alliance, in a statement. “There are serious concerns that these regulations do not meet the floor of protection required by the Colorado Oil and Gas Conservation Act, as amended by SB 19-181.”

The group said the new regulations allow expansion of existing well sites without regulation; no provisions for effective air monitoring are included; setbacks from schools and homes are inadequate and there are no protections for many natural areas.

Three years after Mark Martinez and Joey Irwin died in a gas explosion in Firestone in April 2017, the Colorado Oil and Gas Conservation Commission (COGCC) approved a $18.25 million fine against Kerr-McGee, a subsidiary of Occidental Petroleum, during a special virtual hearing. It is the largest penalty ever levied by the COGCC and includes a specific $5.4 million fine for an “aggravating factor of death.”

An investigation into the explosion found Kerr-McGee in violation of state law, as it was a result of an abandoned flowline that was seeping odorless gas close to the home since it was still connected to an operating well.

The penalty will be used to set up The Mark Martinez and Joey Irwin Memorial Public Projects Fund to pay for several air-quality monitoring and leak-detection projects. $8.5 million will be set aside for yet-to-be determined projects that protect public health, safety, welfare and the environment.