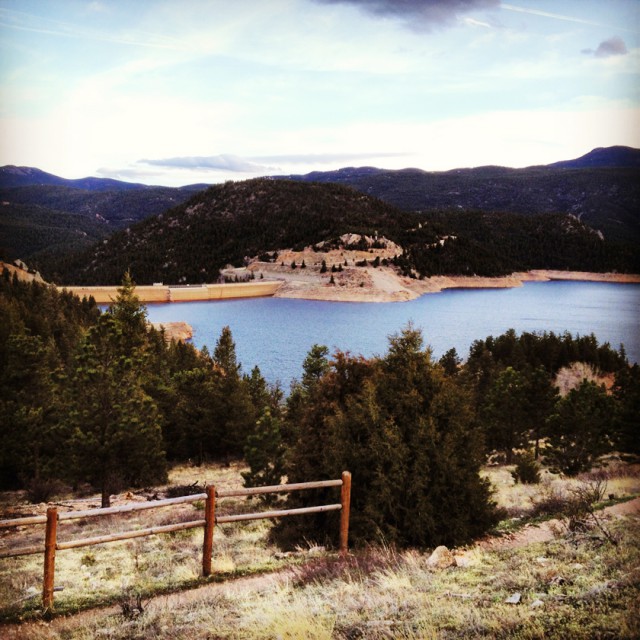 Water has never come easy in the West, and when people start eying the last few drops of an already dying river, things can get tense in a hurry, even in an era of Colorado River Kumbaya.

Some water wranglers were already on hair-trigger alert before the U.S. Army Corps of Engineers released the latest version of an environmental study for Denver Water’s proposal to increase transmountain diversions from the Fraser River and store the water in an expanded Gross Reservoir, in Boulder County — a decade is a long time to wait, for everyone involved.

“After being in a permitting process for more than 10 years, we are pleased to see the release of the Final Environmental Impact Statement for Denver Water’s Moffat Collection System Project,” says Jim Lochhead, Denver Water CEO and manager.

Colorado’s biggest water provider says the project will guard against future shortages on the northern branch of its system and provide more operating flexi bility, make the overall system more resilient to climate change and extreme weather events like floods and fires. And part of the mitigation includes water earmarked for environmental purposes on both sides of the Continental Divide, water that could benefit a sometimes stressed trout population in the South Fork of Boulder Creek.

After scouring thousands of public comments and compiling the voluminous scientific and engineering studies for the Moffat Collection System Project, the federal agency says the new diversion and storage would help avert a potential major Denver Water system failure. The feds singled out Arvada, Westminster and the North Table Mountain Water and Sanitation District as especially vulnerable to raw water shortages without the project.

Release of the final EIS is one of the final steps in the intricate and regulatory ritual required by the National Environmental Policy Act, commonly known as NEPA. Especially for big projects involving public resources, the law is intended as an environmental bulwark. Ten years is a long time, but irrevocable allocation of public resources requires a hard — not a fast — look, the law says.

If that intent is met by carefully analyzing and comparing a few reasonable alternatives and disclosing impacts, then the public and stakeholders should all have a good idea of what’s at stake — after you’ve read thousands of pages.

A few hours after the study was posted, the environmental community targeted media and the public with statements and blog posts from conservation groups, including a stern warning shot from Earthjustice, the legal arm of the green machine. In response to the Corps’ dire warnings of water shortages, some conservation advocates seemed to be saying they’re ready for an all-out battle over the Moffat project.

Hardened battle lines are nothing new in western water wars, but if Winston Churchill were to comment on this one, he might say, “Never have so many battled so hard over so little.”

The Moffat project would reliably deliver 18,000 acre feet of water. That’s enough to comfortably supply a small community for a year, but to keep that number in perspective consider this: All of Denver Water’s reservoirs combined lose more than 25,000 acre feet of water annually to evaporation.

And a statewide changeover to lowflow water appliances (as proposed in a bill pending on Gov. John Hickenlooper’s desk) could save 40,000 acre feet of water annually.

Conflict over the Moffat project may be avoided, since all the parties worked on this collaboratively, says Conservation Colorado advocacy director Becky Long.

“People really rolled up their sleeves and went to work on that plan. … My sense is Denver has been pretty willing to mitigate and negotiate,” says Long, who has deep roots in rural agricultural water use after growing up in the ranch and grazing lands of the Lower Blue Valley, north of Silverthorne.

Even before fully studying the final environmental impact statement, Long says it’s clear that this proposal is different from many past projects because of the huge effort put into mitigating the effects of new diversions and storage, especially on the Western Slope.

Some legal and policy experts at the University of Colorado Boulder agree with her assessment, while cautioning that a renewed push for an additional big new transmountain diversion in the forthcoming state water plan could exacerbate overall tensions, making it harder to reach agreement on relatively smaller projects like Moffat.

“I don’t have strong opinions about the merits of the project,” says Doug Kenney, director of the Western Water Policy Program at the Getches- Wilkinson Center for Natural Resources, Energy and the Environment, University of Colorado Law School.

“I can say that it reflects several elements of modern water storage projects in that it enlarges an existing facility rather than creating a new one, was accompanied by negotiations with key West Slope interests, and is inspired by a desire to protect the reliability of the existing system to shocks such as fires and drought,” Kenney told the Boulder Weekly via email.

Another Colorado water scholar had a different perspective, illustrating the range of opinions within the natural resources community.

“At a time when the Bureau of Reclamation has told us that water demand in the Colorado [River] basin now exceeds the available supply, it seems somewhat foolhardy to be taking more water out of the basin,” says Mark Squillace, also a law professor at CU’s Natural Resources Law Center.

“At this moment, and notwithstanding what most people seem to think is a very good water year, lake levels at Lake Powell are below 40 percent of capacity and at Lake Mead below 44 percent of capacity,” Squillace says, highlighting the persistent strains on the larger Colorado River system. “Moreover, total inflows into Powell are at about 68 percent of the average inflow for April 24.

Even though the proposal won’t create anything close to a major new reservoir, there will be significant effects on both sides of the mountains. In Boulder County, people living in the hills around Gross Reservoir are facing years of heavy construction, possibly including onsite quarrying with associated air quality issues, not to mention the potential for streams of heavy semi trucks rumbling along the windy mountain roads.

Denver Water says the final plan tries to carefully address concerns raised by comments. For example, after hearing that quarrying rock onsite (proposed to reduce truck traffic) would leave visual scars, Denver Water responded to this concern by providing more details on the proposed reclamation measures, including rock sculpting and staining the exposed rock to mimic a natural rock face, and selective plantings to break up the scale of the exposed area and soften the contrasts with adjacent areas.

West of the Continental Divide, the diversions would result in more than three-quarters of the flow of some Fraser River tributaries being shunted through the Moffat Tunnel and into the enlarged reservoir, further draining a river ecosystem that’s already on the brink of collapse because of reduced flows, sediment loading and water that’s too warm for trout.

To address the impacts to flows in the Fraser and the Upper Colorado, Denver Water has agreed to a plan that requires extensive monitoring and hands-on management, with immediate adjustments to flows and diversion rates if conditions are deemed dangerous for river critters. If it’s lived up to, the three-way agreement between Denver Water, Grand County and Colorado Trout Unlimited could actually improve existing conditions in those headwaters streams, the stakeholders said when they announced their agreement a few weeks ago.

In-stream mitigation doesn’t touch the issues that would affect current residents in the hills around Gross Reservoir — that’s why Boulder County is destined to enter the fray once again, after previously punting on a proposed intergovernmental agreement with Denver Water.

“At some point, Denver Water will need a permit from the county,” says Chris Garre, who lives on the south shore and has become leader of a grassroots effort to draw attention to the concerns of area residents.

Standing at one of the stunning overlooks, Garre explained graphically how the landscape would permanently change with construction, including a de-forested rock face at the site of the potential quarry, along with a total inundation of the existing shoreline and the elimination of tens of thousands of trees.

For Garre and many of his neighbors, Boulder County’s potential review and permitting powers are the trump card in the deck. They believe it’s clear that the proposal — at least the draft version — would violate the county’s local land use provisions, and that the county commissioners would be within their scope of authority to deny permission for the reservoir expansion.

In reality, towns and counties have been reluctant to fully exercise those so-called 1041 powers, because when they do, it leads to the ultimate showdown, when the outcome is always uncertain.

Similar issues came up when Front Range water users wanted to up diversions from Eagle County via an expanded Homestake Project, a battle that shaped all subsequent water discussions between the Front Range and the Western Slope.

“The lesson from that case is that it’s important to collaboratively build support for a project in order to avoid troubles with permitting,” says Kenney, who wrote a detailed paper on the Eagle County confrontation.

“Denver Water clearly tried to do that, but it has proven tough to reach a deal with Boulder. If Boulder digs in its heels, then I suspect this is an issue that prompts new legislative efforts, which could all occur against the backdrop of increasing East-West tensions associated with efforts to get a big new transmountain diversion featured in the forthcoming State Water Plan. I don’t know what will happen, but it will be interesting,” Kenney says.

The formal comment period ends in June, but could be extended by another 45 days, with many entities already saying they will request more time. Denver Water execs said they expect a final Corps of Engineers decision on the $360 million project within a year. The decision will be made at the regional Corps of Engineers headquarters in Omaha.

Beyond that, Denver Water still needs several other major permits, including an amendment to a federal hydropower license and a water quality certification under the state-run Clean Water Act standards.

Denver Water spokesman Steve Snyder said the cost of the project, based on a per acre-foot yield, is in line with other water projects along the Front Range.

The first phases of construction including offsite road improvements could start as early as 2017, with dam construction expected to start in 2018 and finish in 2021, with the heaviest construction occurring between 2019 and 2020, Snyder says. All schedules are based upon the permitting schedule and may be delayed or accelerated pending approvals.