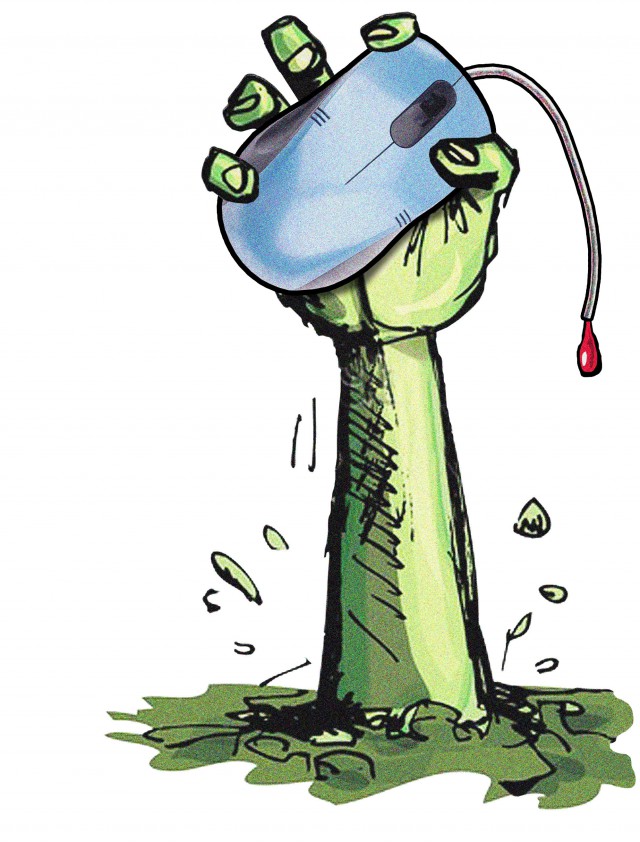 In a local example of what the Occupy Wall Street movement is railing about, big telecommunications companies are once again pouring cash into a campaign to defeat a measure that would allow Longmont to use its own fiber-optic network.

Not unlike the way that Xcel is investing in a campaign to defeat the city of Boulder’s municipalization effort, 16 miles northeast there is a battle waging over Longmont’s 17-mile telecom network, which has remained largely unused over its 14-year history.

The city of Longmont must ask voters to approve Question 2A due to a 2005 state law that prohibits municipalities from offering telecommunication services without sending it to the ballot. Some say that bill was passed at the urging of companies like CenturyLink (formerly Qwest) and Comcast because they saw municipalization as competition and a threat to their market share.

The new anti-2A campaign, titled “Look Before We Leap,” has been sending mailers to all of the city’s registered voters, buying TV ads, sending canvassers door to door and calling residents by phone.

In 2009, a similar campaign called “No Blank Check” was bankrolled to the tune of nearly $250,000, primarily by the telecommunications industry. That campaign, which was successful in defeating the measure, was labeled as misleading by city officials because it claimed money would be taken from police and firefighters to fund city telecommunications services.

“It was actually just the opposite of what No Blank Check was saying,” Tom Roiniotis, director of Longmont Power and Communications, told Boulder Weekly this summer. “They were saying we were going to have to lay off police and firefighters. Nothing could be further from the truth. … In fact, telecommunications would actually generate money for those departments. But they had models dressed up as firefighters, looking very sad.”

This time around, the flyers being mailed to residents opposing Question 2A are downright frightening. One, featuring Halloween-themed fonts, is titled “Terrible Telecom Tales” and features questions like, “Is Longmont whistling past the graveyard?” and “Want to hear a scary story?” The mailing then describes horror stories of other cities that have tried to launch municipal telecom services. The flyers call such endeavors “risky experiments” and “a money pit.” They claim that 2A gives Longmont the authority “to pour as much of your tax dollars as it needs into a highly speculative venture,” even though Roiniotis has said any municipal telecommunications entity will be entirely self-funded.

The Look Before We Leap website features a large photo of a child in front of a swimming pool with a sad look on his face, as if concerned for his future.

A trade group called the Colorado Cable Telecommunications Association, of which Comcast is a member, is listed as the only contributor to the Look Before We Leap campaign and had donated $75,000 as of Oct. 15, according to city campaign disclosure records.

But the campaign reported that it had accrued $210,896 in total unpaid expenses in the campaign as of Oct. 15. That amount included $12,260 to Holland & Hart for legal services, $15,000 to Drake Research and Strategy in Boulder for polling and $114,351 to SE2 for a TV buy, consulting services, website hosting, advertising and mailings.

By comparison, the political committee Moving Longmont Forward reported total expenses of $3,145 as of Oct. 15.

Cory Nadler of Rocky Mountain Voter Outreach, who served as the field director of the No Blank Check campaign in Longmont in 2009, confirmed that his firm is being paid $35,250 for doing door-to-door canvassing for Look Before You Leap, but he was tight-lipped about the details.

When asked what areas of the city his group is targeting, he replied, “I’m not really sure why that matters.”

In response to a question about how many boots he has on the ground, Nadler said, “We’ve got a good team of folks out there, enough to get the job done. I don’t think it makes much sense for me to be publicizing our campaign plans and strategies now.”

Campaign spokesperson George Merritt of Onsight Public Affairs, which had been paid $30,000 by Look Before We Leap as of Oct. 15, insists that the campaign is being conducted on behalf of the citizens and businesses in Longmont, not because of a threat to big telecom’s market share. He points out that about 200 people have signed on with the campaign and agreed to have their names used on the Look Before We Leap website. (The name of Mayor Bryan Baum, who supports 2A, was mistakenly included on that list initially, but it has since been removed.)

When asked whether the Colorado Cable Telecommunications Association (CCTA) is pouring money into the campaign out of genuine concern for the people of Longmont, as opposed to being driven by concerns about losing profits to a new telecom competitor, Merritt says, “Certainly it includes contributions from the cable industry, but frankly the folks in Longmont are outgunned. They have the whole city campaigning for this, using city resources. That’s why we exist, to give a voice to these folks who are concerned.”

He points to a pamphlet that the city mailed to residents, outlining the pros and cons of the measure. Merritt confirmed that the Look Before We Leap campaign sent a cease-and-desist letter to the city and the secretary of state complaining about that pamphlet, saying the city was illegally using resources to campaign for 2A and sidestepping campaign finance disclosure rules by spending tax money on the materials.

Merritt says the pamphlet gave more space to the “pro” arguments, and the “con” arguments were not what his campaign would have chosen to use. The city has declined to halt distribution of the pamphlet, and Merritt says he is not sure whether the campaign will file a complaint with Secretary of State Scott Gessler.

If Gessler does get involved, he is no stranger to Longmont politics. He was the attorney for an out-of-state conservative group called Western Tradition Partnership (WTP) that sued the city of Longmont over its campaign finance disclosure rules in 2009. WTP, represented by Gessler, also poured cash into a negative campaign — featuring what some described to as a slanted “push poll” — against left-leaning City Council candidate Karen Benker during the 2009 election season.

WTP — now calling itself the American Tradition Partnership — is inserting itself into this year’s election as well. The group has spent $10,000, according to city campaign records, and has sent candidates for City Council a list of questions that one candidate, Ron Gallegos, told the Longmont Times-Call reminded him of a “push poll.” The questions, posted on the organization’s website, ask candidates things like whether they support use of tax money for energy-efficiency projects, “even if the project will never achieve the promised cost savings,” and whether they support the council’s recent decision to “oppose such publicly funded ‘bailout’ money for ‘green’ projects.”

Donny Ferguson, the group’s spokesperson, told Boulder Weekly that his organization has not taken a position on 2A.

Merritt insists that the primary driver behind Look Before We Leap is not the telecom industry, and he balks at the idea that voters were swayed by misleading information when the measure was defeated two years ago. He points to the fact that about 56 percent of the voters, in a 12-point margin, “voted to not go into the cable business with the city. It’s really an insult to the voters to think they are unable to examine and look at the materials and information available and make a decision on whether they’re going to vote yes or no.”

The question remains whether Look Before We Leap is a grassroots effort or Astroturf, another example of corporate interests positioning their well-funded campaigns as being bottom-up.

In July, Jeff Weist, executive director of the CCTA, told Boulder Weekly that his association’s concerns about 2A include the fact that the city plays a regulatory role, which could give it an unfair advantage because telecommunications firms “would have to compete against the entity that is also their regulator.”

He also said that Longmont might be able to undercut prevailing industry rates by subsidizing its telecommunications service with other funding, such as tax dollars or revenue from its power utility.

“Yes, we’re a little nervous about competing against a municipality that can use cross-subsidization,” he said at the time.

Boulder Weekly asked Weist this week whether that issue is still a concern.

“Yeah, it is, and I think our largest concern is that there are many unanswered questions about how this telecommunications system that Longmont is proposing would work. There have been very few details, so important questions like that have not been answered yet, and that is the major part of our concerns.”

John Hall, spokesperson for CenturyLink, told Boulder Weekly that, as was the case with the similar measure two years ago, his company has not taken a position on 2A and is not involved in the campaign against it.

“Certainly we’re paying attention to it,” he says. “But we think first and foremost it is the right thing for voters to have their voice heard. … I do think there is very heavy competition right now, and so having a municipality enter into that, I think there are questions as to whether that’s needed or if that makes sense, but some of those questions just haven’t been answered yet.”

Asked whether CenturyLink was involved in the passage of the 2005 law requiring cities to get voter permission before launching telecom services, Hall says, “I’m not intimately aware of our role in that, but we did support that measure.”

Every member of the Longmont City Council and every council candidate contacted by Boulder Weekly have expressed support for the ballot measure. A pro-2A event titled “Gigabytes and Microbrews” is scheduled for 3 to 8 p.m. on Friday, Oct. 21, at the Left Hand Tap Room in Longmont.

The Look Before We Leap website is lookbeforeweleap.org; proponents of 2A have set up their own site at longmontsfuture.com.