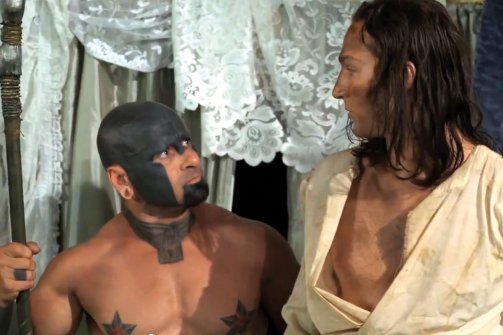 “The Innocence of Muslims” is 14 minutes that has changed the world.

The laughably bad YouTube video, billed as a trailer for a movie that we can only hope doesn’t exist, stopped being laughable as it spread across the Muslim world. It’s ignited violent protests and led to the death of the American ambassador to Libya, among others.

It’s also led to conversations about the place of free speech and social media — real conversations with life-or-death implications, not idle chatter. YouTube, Twitter and Facebook are fast becoming just as powerful as any other form of media.

See the story at The Daily Beast.