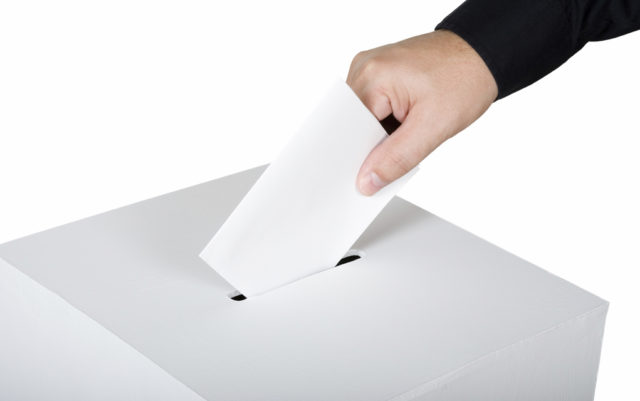 On Wednesday, Jan. 11, the 2017 Colorado State legislative session began in Denver and with it came a proposed draft bill from Rep. Jonathan Singer (D-Longmont). The bill would give jurisdictions the option to use approval voting methods in nonpartisan elections. This will be Singer’s third attempt to get such legislation passed.

The concept is simple: “Vote for as many candidates as you like, the candidate with the most votes win,” Singer says. “It’s a very positive way of voting.”

The bill would allow voters to check as many candidates as they like in races where political affiliations aren’t on the ballot, such as city councils and school boards. But the law would not require any jurisdictions to use such methods.

“I believe that the current system is not creating a system that gives people faith in our government,” Singer says, citing the frustration many voters felt during the 2016 presidential election. “Maybe if people felt like they had more choices, they’d have more faith in our electoral process.”

Singer first started thinking about different voting options when running as one of six candidates for two at-large seats in the 2009 Longmont City Council election.

“I came to the conclusion that if I stayed in that race, I was going to split the vote among some people that I agreed with and all of us would lose,” he says.

So he dropped out, becoming state representative in 2012. Since then, he’s been working on various versions of an approval voting bill. The last unsuccessful attempt was in 2014.

Despite bipartisan sponsorship, as well as support from Greens, Libertarians and several nonpartisan organizations, the 2014 bill failed to get out of the House Committee on State, Veterans, and Military Affairs, killed by Democrats, not one of whom voted for the measure. Critics argue approval voting could confuse voters, be ineffective in contested elections and could result with the victory of second-choice candidates.

But Paul Tiger, author of Singer’s legislation and executive director of Approval Voting for Colorado, explains it a different way.

“It’s a party killer, really,” he says. “It takes control away from the parties.”

Like Singer, he thinks current voter sentiment toward the political process could help the bill this year.

“There’s lots of people who have never thought about anything but plurality voting,” Tiger says. “I just want people to open their minds and start thinking about how to change how the republic works and maybe there’s a different system that people will like.”

Approval voting is just one of several alternative voting methods. Other systems include ranked choice voting, instant runoff voting and score voting, all of which allow voters to assign certain weight to each candidate in succession. Ranked choice voting is already being used in mayoral elections in both Basalt and Telluride. But Singer and Tiger agree: These systems are more mathematically complicated, would require new election technology and are more difficult to audit.

Nevertheless, Singer says any alternative voting method could be worth a shot.

“In my world, the bill may change this year. I may just say local jurisdictions that wish to use alternative voting methods just have to do so with the guidance of the Secretary of State’s office,” Singer says.

Currently, approval voting is used by the Libertarian Party of Colorado, the University of Colorado Boulder to nominate top posts and the CU student government, according to Tiger. Colorado would be the first state to approve legislation regarding approval voting, should the bill pass.

Singer knows it’s an experiment, but if it goes well, he hopes approval voting will spread to statewide elections and potentially even into partisan races.

Singer and the supporters of the approval voting bill are currently seeking Senate sponsorship to move the proposition forward.