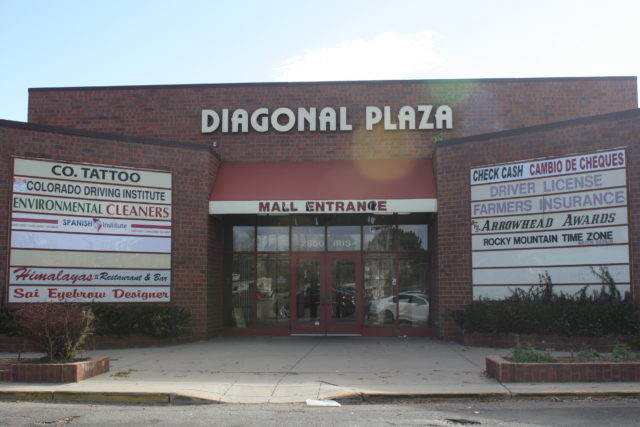 Let the investments begin: The Boulder City Council on Tuesday night, Oct. 29, voted 8-1 to lift its moratorium on development in its Opportunity Zone, a tract of land between 28th and 55th Streets, and Arapahoe Ave. and Diagonal Highway.

Created out of the Republican-led federal tax-cut legislation in 2017, Opportunity Zones allow investors to sell stocks and roll over capital gains into real estate and business projects (via investment funds) in economically distressed areas across the country in exchange for tax benefits and deferment. Any profits realized by such investments could avoid federal taxes altogether if the investments are kept long enough.

The idea was to pump cash into economically stunted areas and spur job growth, development and community benefits. Though no part of Boulder is economically stunted to the naked eye, City staff submitted a census tract for Opportunity Zone funding to the state, and the state submitted it to the U.S. Department of Treasury, which approved the designation in April last year.

The impetus for getting the Opportunity Zone designation was born out of a desire to rehabilitate Diagonal Plaza, which comprises a small but commercially important corner of the Opportunity Zone and which currently houses a defunct Sports Authority and Walmart, several retailers, a restaurant and a Colorado Drivers License office. Because the plaza has multiple owners, revamping it has proven tricky.

But City Council was not consulted during the process, and after learning the Zone included a much larger area than just Diagonal Plaza, it instituted a moratorium on building permits and other development applications in the Opportunity Zone in March of this year. It tasked City staff with figuring out guidelines to ensure future development in the area would mesh with community desires and the Boulder Valley Comprehensive Plan, the de facto blueprint for development, while also preventing the demolition of the market-rate affordable homes and mobile home parks that currently exist in the area.

And so Council voted to enact some of those proposed limitations on Oct. 29, which included tweaking zoning regulations to try to ensure desirable development comes in, and implementing an “overlay district” prohibiting the demolition of buildings with three or more attached homes for the duration of the Opportunity Zone program, which goes until the end of 2026.

“What Council asked us to do when they put the moratorium in place is to change zoning regulations to make sure we’re going to get development we want if someone happens to redevelop property,” says Chris Meschuk, assistant city manager and interim director of planning. “I think a lot of folks in the community are still concerned with what these IRS regulations really mean and what will it result in. And it’s still not totally clear. That’s what we’re hearing now. There’s still considerable trepidation of not knowing exactly how these regulations will play out over the next few years.”

Despite outreach efforts during the moratorium to residents and business owners in the Opportunity Zone, the City received substantial backlash about the process that led to receiving the Opportunity Zone designation as well as concerns that it would welcome a flood of out-of-state investments that don’t have the local community in mind.

“It was all happening behind the scenes,” says Council member Cindy Carlisle, the lone dissenter of the Oct. 29 ordinances, about the process to secure the Opportunity Zone designation. “By the time it happened, City Council didn’t know and didn’t have any say and that was the worst part of it, that it was done with such secrecy.”

The concern that more jobs and business spaces will be created, possibly at the expense of residential units was a driving factor in City staff’s recommendations for how to amend zoning rules in the Opportunity Zone. By virtue of the rules passed on Tuesday, developers will be able to build office space up to 20,000 square feet, or up to 40,000 square feet if affordable housing is included on site. Meschuk says zones were amended to allow more mixed use development that might actually net more residential units when all is said and done.

But critics point to the fact that the vast majority of existing office space in the Opportunity Zone is under 20,000 square feet anyway, thus the standard is unlikely to deter developers interested in creating office space. Too, many of the guardrails Council recommended at the beginning of the process didn’t make it into the final regulations. Additional protections against allowing office use in residential zones were dropped, for instance, though a potentially lengthy and costly site review process is still required. And because it would likely be legally impossible to determine if a project received a federal tax benefit in the Opportunity Zone, Council decided it couldn’t add extra fees onto development in the area that might be, in turn, used to help displaced businesses or build more affordable housing.

That ties into broader concerns about how Opportunity Zones are playing out across the country. An Aug. 31 New York Times article took a survey of projects in Opportunity Zones across the country and found plenty of examples of wealthy investors, including Chris Christie, Anthony Scaramucci and the Kushners, placing capital gains into luxury apartments, high-end office complexes and businesses that employ few local people. Perhaps most telling was the revelation that Sean Parker, an early investor in Facebook, lobbied to include a way to tie capital gains to investing in “distressed” communities on the 2017 tax bill, because, as he said at a conference, “When you are a founder of Facebook, and you own a lot of stock … you spend a lot of time thinking about capital gains,” per the Times.

“People are totally frightened because it’s not predictable what is going to happen except from what we’ve seen in other places,” Carlisle says.

One need only do a Google search for Opportunity Zone investment funds to see the abundance of options for those looking to invest their capital gains — which would otherwise be subject to hefty taxation — into projects that offer a 15% discount on capital gains tax, and no tax on appreciation from invested properties if they are held for a decade or more. One could also look in their mailbox for flyers advertising Opportunity Funds and meetings in Boulder about investing in development projects. The State of Colorado has set up a website to facilitate investment, and the National Council of State Housing Agencies has a list of funds ranging in size from a couple hundred thousand dollars to $1 billion.

But that’s the point of the Opportunity Zone after all — to incentivize major investment. And no one could argue that Diagonal Plaza isn’t due for some sort of injection of funds and redevelopment.

Too, Meschuk says it’s hard to say what the impact will be specifically in Boulder, where the regulations Council passed are stricter than in other Opportunity Zones, and where existing land use codes would prevent one of those Scara-Christie high-rises from coming in. Of the 4,000 homes in the Opportunity Zone, Meshuck estimates 3,400 would be restricted from demolition and that most of them are condos, town homes or apartments; that is, [housing] likely to be more affordable. Meschuk did add, however, that “there really isn’t” a way to estimate how businesses may be impacted by the Opportunity Zone designation — how many small business owners renting space might be displaced or have their rents rise to unsustainable levels after redevelopment.

Several Council members also expressed concern about the two mobile home parks in the area, but Meschuk says by virtue of having existing protections against lot rent rise in place and having special zoning that only allows for mobile home parks, investors would likely find it unsuitable to, say, buy Orchard Grove, improve it by the necessary amount (the monetary equivalent of a 50% improvement is required) and displace people.

Councilman Sam Weaver cited anecdotally at the meeting that there are several business owners who have been hurt by the moratorium, unable to accept Opportunity Funds for improvements or investments in projects that are necessary to their operations or growth.

And, as Councilman Bob Yates pointed out, all development projects still need to go through the City before they are approved. Not that that’s prevented development in the City that the community ultimately disliked, Carlisle retorted.

So although all Council members except for Carlisle agreed the City had done enough work to ensure the right kinds of development would go into the Opportunity Zone, wariness persists.

“We haven’t done any impact study on the front end to see what could happen,” Carlisle says, with regards to potential development in the Opportunity Zone. “When people are offered a goodly sum, they turn over. It’s another one of those unknowns. More and more what’s happening to the City of Boulder is that we are unable to have local goods and services provided in the City because of the cost of providing them. This [Opportunity Zone] could exacerbate that even more.”

Concerned citizens are likely to find out soon. In order to get the full 15% tax benefit, investments need to be made on projects by the end of the year. With the moratorium lifted, and Council aware Opportunity Funds had been holding off until regulations were set, the future of development in the Opportunity Zone is likely to unfold quickly.