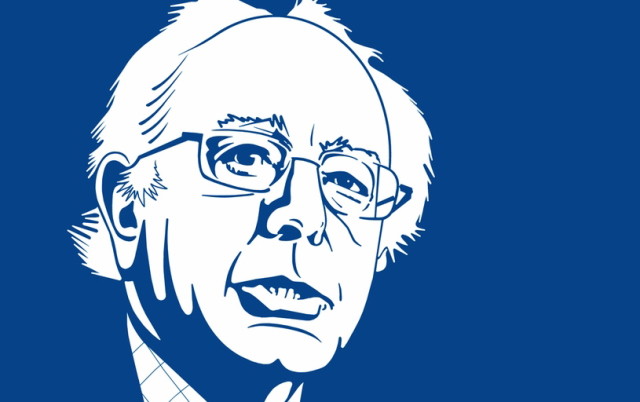 As Bernie Sanders has become increasingly popular, the Hillary Clinton campaign has gone on the attack. That’s fine, but it would be nice if they’d refrain from lies, distortions and red-baiting.

Clinton’s main attack dog is David Brock, a writer who runs a network of pro-Clinton super PACs, wealthy donors and opposition researchers who operate outside of federal restrictions on campaign spending. Brock is a sleazy type who likes to go “off the record” with insinuations and rumors. He has floated questions about Sanders’ health and fitness and whispered that Sanders was a “communist sympathizer.”

Lately, Brock says that “black lives don’t matter much to Bernie Sanders” because most of the people in Bernie’s Simon and Garfunkel “America” TV ad are white. This has provoked some to remember that Brock had smeared African American law professor Anita Hill as “a little bit nutty and a little bit slutty” after she accused Supreme Court Justice Clarence Thomas of sexual harassment during congressional hearings after Thomas was nominated to the Supreme Court. Brock later said he was sorry about that and then he confessed that he used information that came indirectly from Thomas to silence a woman who had come forward to support Hill. Brock threatened to publicize vicious charges by this woman’s ex-husband in a sealed child-custody dispute.

Brock was also sorry about his nasty, reckless and false accusations against the Clintons in the 1990s. He became a recovering conservative and started using his skills to help the Clintons.

A reporter for the Guardian recently received a McCarthyite dossier, prepared by opponents of Sanders from a source who would only agree to be identified as “a Democrat,” which alleges that Sanders “sympathized with the USSR during the Cold War” because he went on a trip to the Soviet city of Yaroslavl when he was the mayor of Burlington, Vermont. Actually Sanders was on official business with 10 other Burlingtonians to finalize the city’s “sister city” relationship with Yarolslavl. The project had broad-based support, including from a number of business people in Burlington.
Throughout his career, Sanders has consistently stressed that his philosophy of democratic socialism is a far cry from that of authoritarian regimes. In fact, Sanders is radical in his commitment to democracy. He has said:

Sanders also says “true freedom does not occur without economic security,” a sentiment which he notes was shared by Franklin Roosevelt in his “Economic Bill of Rights,” Martin Luther King in his later years when he revealed that he was a democratic socialist, as well as Pope Francis in his criticisms of capitalism today.

The corporate centrists in the Democratic Party aren’t as worried about Bernie’s socialism as much as his liberalism. He said he wouldn’t have run if Elizabeth Warren had thrown her hat in the ring. That’s probably because their proposals for a better America would have been quite similar. Nevertheless, the party elite must be a little disturbed by this from Dan Balz, national political reporter for the Washington Post:

“Little noticed in this week’s Des Moines Register-Bloomberg Politics Iowa poll was this finding: a remarkable 43 percent of likely Democratic caucus participants describe themselves as socialists, including 58 percent of Sanders’s supporters and about a third of Clinton’s.”

Sanders is touching a nerve. George Lakey, an analyst of popular social movements, says:
“The U.S. public is way ahead of the political class (and even ahead of many social justice activists). For over 30 years Gallup pollsters have found a steady majority who agree that the United States should redistribute the wealth by imposing heavy taxes on the rich. Gallup found in 2014 that even Republicans polled at 45 percent in favor of increasing taxes on the rich. The Pew Research Center found that more Republicans favored increased spending on Medicare, education and infrastructure than favored cutting those programs. The Economist worries that, ‘Anti-capitalism is once more a force to be reckoned with.’ Among Democrats, in October 2015, a YouGov poll found 49 percent of Democrats viewed socialism favorably, while their approval of capitalism had fallen to 37 percent.”

Let’s hope that Sanders’ quite sensible proposals get debated fully. Yes, we can have single payer health care, free tuition at all public colleges, a new Glass Steagal law for the financial sector and so forth.

It’s time for a political revolution. Go to your Democratic caucus on March 1 and vote for Bernie.