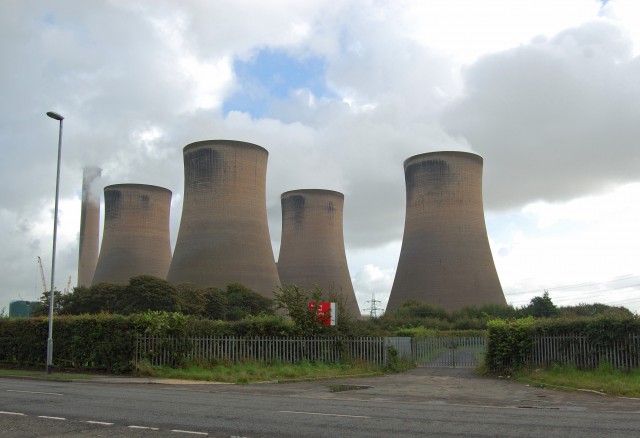 The United Nations is holding a global climate conference in Durban, South Africa, this week and next for the purpose of breathing new life into the Kyoto Protocol or, short of that, forging some other international agreement to cut global greenhouse gas emissions.

The conference will fail, of course — just as the Kyoto Protocol failed, and for pretty much the same reasons:

1) The U.S. isn’t about to cut its CO2 emissions unless emerging countries like China, India and Brazil cut theirs.

2) China, India and Brazil aren’t about to cut their emissions, because doing so would interfere with their economic growth and shared goal of achieving a First World way of life for their 2.5 billion citizens.

4) No sane politician — Left, Right or Center; First, Second or Third World — is about to invest either political capital or national treasure in climate “solutions” that will produce no discernable results for 200 years or more, but which may very well compromise his nation’s economy.

And so on. The Durban conference’s biggest problem is that it’s focused on the wrong problem.

The conference is focused on reducing the rate at which greenhouse gases are put into in the atmosphere in order to slow the rate of global warming — which is a fool’s errand. Assuming human-generated greenhouse gases are warming the planet — let’s stipulate that much for the sake of the argument — global warming is a done deal. Even if CO2 emissions were to be reduced to pre-industrial revolution levels (fat chance on a planet with an insatiable appetite for electricity and automobiles) it would be at least two centuries before global temperatures would start to go down.

Global warming? Learn to live with it.

Which is what the conference should really be focused on — learning to live with global warming and finding ways to adapt to it.

• How to secure an adequate water supply in a hotter, dryer world that is urbanizing and industrializing hell-bent for leather, whose population is growing at the rate of 80 million a year, and where a number of critical agricultural areas are increasingly gripped by unrelenting drought. Hint: Start building desalination plants as fast as the Chinese build coal-fired power plants.

• How to secure the food supply in a world where some of the major agricultural areas are being rendered unviable due to heat and drought but where other huge tracts of northern land may become farmable. Hint: Develop a portfolio of genetically modified crops that are heat- and drought-resistant for lower latitudes, and optimized for the far-north photo-cycle of higher latitudes.

• How to secure a global energy supply sufficient to sustain the Third World’s economic expansion (currently 6 percent to 9 percent a year for the largest Third World economies), accommodate population growth of 80 million a year (or about a billion every 12 years), and most important, accommodate the enormous increase in energy consumption that adapting to global warming will require. Hint: People won’t take global warming lying down. Better build enough power plants to run two or three billion additional air conditioners for openers. Second hint: Quit arguing coal vs. gas. vs. oil vs. nuclear vs. wind vs. solar vs. conservation and efficiency. Do everything. The demand will be that great and greater.

And so on. Of course, it is hardly necessary to hold an international conference for all of the foregoing to get done. If water shortages get bad enough, desalination plants will be built — as is currently happening in Australia and Israel. If agricultural areas get too hot and dry to grow current crop varieties, companies like Monsanto and DuPont will develop new heat- and drought-resistant varieties, which will be swiftly adopted.

When it comes to fighting global warming, people don’t have a very good handle on the sheer size of the task, how long it would take, and what it would cost. The same is true about adapting to global warming.

The difference is that fighting global warming is discretionary, and people are disinclined to sacrifice their lifestyles for a discretionary fight against something they can’t change in their lifetimes and in any event is largely a problem for future generations.