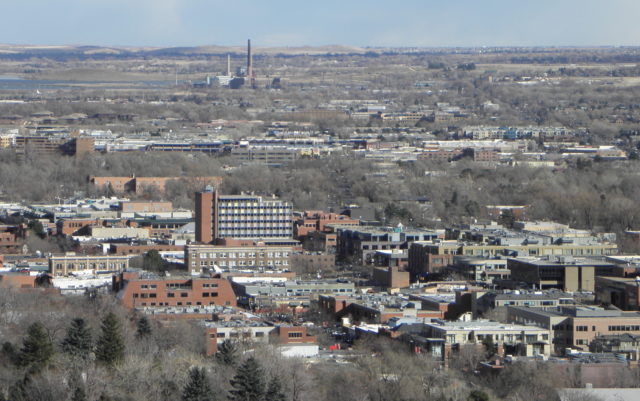 Former Boulder City Councilman Steve Pomerance had an op-ed piece in the Daily Camera last Sunday that appeared under the headline “Is this the end of Boulder as we know it?”

The brief answer to the question is yes, and for the reasons Pomerance marshals.

Pomerance’s thesis is that the basic charter amendments, ordinances and resolutions that have protected Boulder’s environment, character and quality of life for half a century are being systematically dismantled.

Nearly all of these core policies, which constitute Boulder’s unwritten environmental constitution, are under attack or soon will be. The hit list includes:

The Boulder Valley Comprehensive Plan: A pro-growth/pro-densification faction on the City Council — consisting of Matt Appelbaum, Aaron Brockett, Jan Burton, Andrew Shoemaker and Bob Yates — wants to change it to eliminate the provision that requires urban development outside the city but in Boulder’s planning area to pass “four-body review.” Four-body review means that changes to the plan that would allow such development have to be approved by the City Council, the City Planning Board, the County Planning Commission and the County Commissioners.

Four-body review was written into the plan in the 1970s, precisely because local governments, including Boulder’s, routinely tore up comp plans whenever the flip-chart and wing-tips crowd showed up with a “very special, once-in-a-lifetime” mega-project — often with the pig wearing affordable housing or new urbanist lipstick.

The 55-foot height limit: The 55-foot height limit was added to the City Charter in 1971, and has succeeded in keeping high rise buildings out of Boulder (with the exception of those built by the University of Colorado Boulder, which isn’t covered by the City’s charter provisions). Pomerance says he expects to see a push to scrap it.

“There is a plan, supported by the Boulder Chamber, to massively densify the East Arapahoe area, including buildings of well over the 55-foot height limit,” he says. He expects the current majority on council to put a charter amendment to do this on the ballot for the next election. He also expects to see the city’s current moratorium on buildings higher than 35 feet (but lower than 55 feet) abandoned.

Current zoning densities: It’s no secret that the current council majority has been flirting with a back-door up-zoning of Boulder’s existing residential neighborhoods, using gimmicks like allowing so-called mother-in-law apartments in the single-family homes. Now they’re evidently going to try the front-door approach.

Pomerance says there is a survey in progress “allegedly done by an ‘independent organization,’ asking people about their support for cutting minimum lot sizes in half, allowing duplexes in place of single-family residences, and legalizing two homes on one lot. It also asks for favorability ratings for local organizations, including Open Boulder, Better Boulder, the Chamber of Commerce, Boulder Neighborhood Association, and PLAN-Boulder.”

Surveys of this sort generally cost $20,000-$30,000, and are often followed by a full-court press at the ballot box. (Chances are a developer front group, like the Chamber, Open Boulder, or Better Boulder, picked up the tab. Pomerance said PLAN Boulder and the Boulder Neighborhood Alliance told him they didn’t.)

The usual justification for densifying Boulder is that it will make housing more affordable and, when combined with mixed-use zoning (zoning that allows various residential and commercial uses in the same neighborhoods and sometimes in the same buildings), reduce traffic.

It’s a beautiful theory that has been repeatedly mugged by ugly little facts.

For years, Boulder’s social liberals and the Boulder City Council have been obsessed with creating more “affordable housing,” whatever that means — to the point of sacrificing more and more of Boulder’s environmental values on the affordable housing altar. Boulder pro-growth interests have seized on this opening and used affordability and diversity as pretexts for maximizing build-out, by rebranding densification and high-rise development as environmental goods.

And the libs drank the kool-aid.

The result? According to a story in the March 17 Camera, a study by the Longmont Association of Realtors and Land Title Guarantee Company found that there is no affordable housing currently available in Boulder County, let alone the City of Boulder. Zero. Zip. Zilch. Nada.

At the time of the study, there was exactly one single-family home for sale in Boulder under $250,000 and two attached units for sale under $150,000.

As for traffic being reduced by greater densification and mixed use, Boulder’s traffic congestion has taken quantum leaps upward in the last three years, and it is at its worst in the areas that have seen the most intensive densification — starting with the 28th and 30th street corridors, which are also among the least pedestrian-friendly and most architecturally oppressive areas of the city.