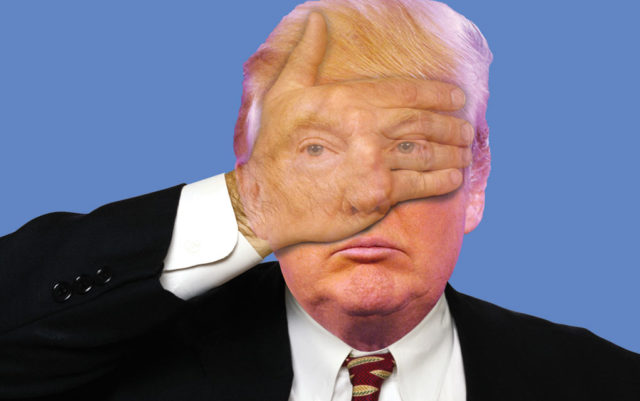 Many months ago, public health experts predicted that we would likely have a dark coronavirus winter. Now cases are skyrocketing, the death rate is climbing and hospitals are overwhelmed. Almost all of the country has become a hot spot. On some days, individual American states record more new infections than the entire European continent.

Trump’s monumental bungling of the pandemic has continued. He is still peddling misinformation, muzzling scientists and refusing to have a national plan. In fact, his administration implicitly — and sometimes explicitly — supports a dangerous, discredited “herd immunity” theory, which advocates letting the virus run rampant through the population.

President-elect Joe Biden has assembled a 13-member coronavirus task force, which is made up of well-known and respected public health experts. He has rolled out a multi-pronged plan that includes a massive expansion of testing and production of protective equipment, an expansion of health insurance benefits, a vaccination campaign to provide free shots, and the hiring of 100,000 health workers.

Trump’s coronavirus team should be meeting right now with the Biden team. However, the Trump administration and almost all of the Republicans in Congress refuse to accept the well-documented fact that Biden won the presidency by a wide margin in a free and fair election. They are backed by a Fox News/talk radio pundits’ propaganda machine and a peculiar coalition of white nationalists and conspiracy fantasists.

Scott Gottlieb, the former Food and Drug Administration (FDA) commissioner under Trump, says it is clear the administration won’t change its approach to COVID-19.

“The numbers are going to get very big in terms of hospitalizations and deaths,” Gottlieb said. “We are just going to have a lot of death and disease.”

We shouldn’t wait until January when Biden is inaugurated. Dr. Michael Osterholm, a member of Biden’s task force, has said that the situation can still be managed, but only with immediate action.

Osterholm is an epidemiologist and the director of the Center for Infectious Disease Research and Policy at the University of Minnesota. He told CNBC after the election that the nation could enter into a four-to-six-week lockdown, and the federal government “could pay for a package right now to cover all of the wages; lost wages for individual workers; for losses to small companies; to medium-size companies; or city, state, county governments.”

He proposed this national approach in a New York Times op-ed back in August. It was co-authored by Neel Kashkari, president of the Federal Reserve Bank of Minneapolis.

Osterholm walked back his proposal after two other members of the Biden panel objected. They felt it was impractical and would spark a backlash.

In an article in The Nation, Dr. Greg Gonzales, an epidemiologist at the Yale School of Public Health, wrote:

“It’s not clear people recognize the new danger in our midst. As the election returns intimated, many Americans have experienced this pandemic as an economic and social disaster — not an epidemiological one. Many people in the United States still don’t know someone who has contracted SARS-CoV-2, let alone died of COVID-19.”

Both a CNN and a New York Times exit poll showed that the economy was the main issue of Trump voters, with the pandemic in fourth place in the Times survey.

Jessica Glenza in The Guardian notes:

“The virus control measures might also have been seen as heavy-handed by many of Trump’s white voters, because the pandemic has had a disproportionate effect on racial and ethnic minorities, who supported Biden in larger numbers, and the fact that the virus did not reach many rural areas until much later in the pandemic.”

In June, David Dayan reported in The American Prospect that the CARES Act stimulus package passed by Congress required that the funding could only be used for emergency coronavirus spending. It couldn’t be used to repair damage to state or city budgets.

States and cities were dealing with a budget deficit due to the sudden decrease in tax revenue from closed non-essential businesses. The CARES Act pushed cities and states to prematurely reopen. Trump and a mobilized far right (with corporate funding) were pushing for reopening at the same time. Dayan argued that the sped-up reopenings were “a direct result of not having any guarantee from the outset that state and local budgets would be taken care of.”

Then COVID cases surged. People got sick and died.

That didn’t have to happen. The Democratic-controlled House passed a big relief/stimulus package.

Mitch McConnell, as leader of the Republican-controlled Senate, refused to hold a vote on it. He felt it was too generous to workers and provided aid to spendthrift Democratic cities and states (as well as Republican cities and states, I would add). It also didn’t provide businesses immunity from lawsuits by workers and customers who got COVID-19.

So now Biden is facing a big mess.