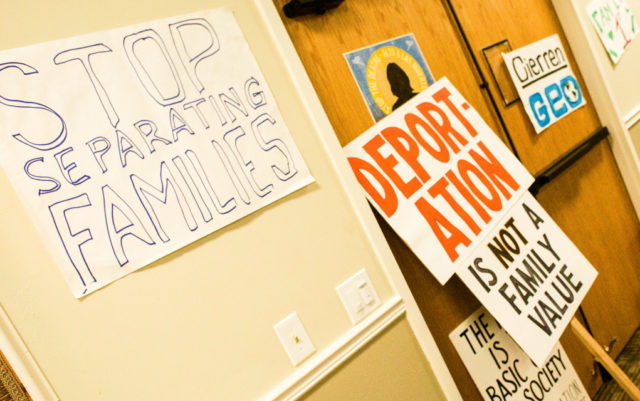 Americans realize that immigration is an important issue. The nation’s security, economic strength, demographics, global competitiveness and much more are all influenced by U.S. immigration policy.

After years of legislative debate on this topic, one might think that Congress would have developed a sound policy for dealing with the issue. But that’s not the case. Although nearly everyone agrees the current system is seriously broken, Congress has not enacted major immigration reform legislation for over 30 years.

So the question is: If immigration policy is so important, why hasn’t anything happened?

Part of the difficulty may be the toxic partisan atmosphere that pervades Washington and creates legislative gridlock. That’s certainly an issue. In the case of immigration, however, I think there is also another factor at work. That is, the way politicians, the media and many citizens think about the issue. By and large, immigration is described as a problem.

Now, there really are difficult immigration issues to be addressed: illegal entry, asylum-seekers, byzantine administrative processes and more. However, treating immigration primarily as a problem is like putting on blinders; it narrows one’s view and limits the range of options being considered.

A better approach is to think of immigration in a balanced way, both as a series of problems to be solved and opportunities to be captured. Looking at the issue more broadly would allow policy-makers to address challenges and also secure a number benefits. On the benefit side, the potential gains are significant. Consider, for example, the nation’s economic and demographic future.

Throughout U.S. history, immigrants have played a key role in creating national prosperity by helping to fuel economic growth. That is still the case. Although immigrants account for less than 14 percent of our population, they start almost 25 percent of all new companies and launch nearly a third of all firms backed by venture capital. Remarkably, over 40 percent of today’s Fortune 500 companies were founded by immigrants or their children — companies that provide jobs for Americans. The notion that limiting immigration per se will somehow make the U.S. economy stronger is inconsistent with our national experience.

Immigrants have always been essential to U.S. prosperity. Today they are also central to America’s demographic vitality. Longer life spans and reduced family size are pushing up the median age of the American population. In 1970, the median age in the U.S. was 28 while today it is 38, an increase of over 35 percent. As the population ages, retirements thin the workforce, which has significant implications for the nation. To look at just one illustration, consider the case of Social Security.

In 1960 there were five workers to support each Social Security beneficiary, while by 2020 it is estimated that there will be about half that number, 2.6 workers for each retiree. That is below the level required for Social Security to function as a pay-as-you-go program. However, immigration can reduce the impact of an aging population because migrants tend to be younger and have higher fertility rates than the population as a whole. Encouraging younger immigrants possessing the skills needed by the U.S. economy may be the surest, and perhaps the only, way to mitigate the effects of an aging population.

Viewing immigration in a more balanced way broadens the range of issues and is likely to produce a more effective policy. Such an expanded view of the issues also creates a larger field within which to identify common interests and improves the prospects for compromise, an essential ingredient in developing any immigration policy. Defining the immigration issue in terms of both problems and possibilities could be an important step in breaking through the immigration policy gridlock.

Jim Griesemer is professor and dean emeritus at the University of Denver, where he directs DU’s Strategic Issues Program. He can be reached at Jim.Griesemer@du.edu