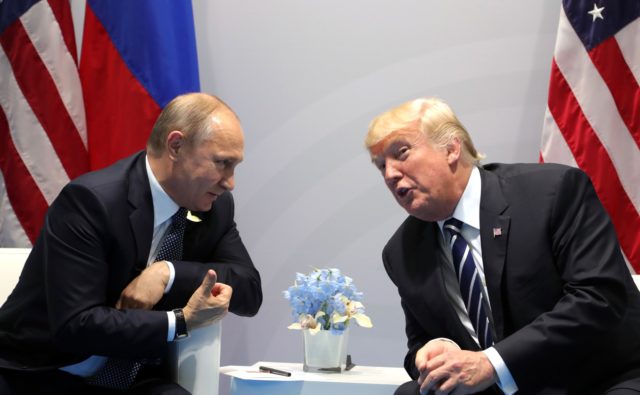 Congress shouldn’t decide whether Trump remains in office. The American people should.

It’s time to get rid of the toxic process of impeachment and replace it with a straight-forward removal process that doesn’t require Congress to fabricate “high crimes and misdemeanors” (whatever that means) as a pretext for removing a president. Impeachment should be replaced with a straight-forward, voter-controlled removal process that requires no reason whatsoever for giving a president the boot, other than the fact that you want his sorry ass out of office.

Fortunately, just such a process has been around for 2,500 years. It’s called “ostracism.”

Ostracism is another one of those ingenious contributions to democratic government invented by the Athenian democracy.

Fifth-century B.C. Athenians chose their leaders by lot instead of by ballot, but they removed them by ballot — with a process called ostracism.

An ostracized Athenian was not just removed from office, if he happened to hold one. He was expelled from the country for 10 years.

Any Athenian citizen could be ostracized, but in practice ostracism was reserved for political figures who were getting too big for their tunics and needed to be taken down a peg or two.

Here’s how it worked, as explained by Wikipedia’s extensive article on the subject:

Each year, a meeting of the Athenian assembly — consisting of all free, adult male citizens (no women, children or slaves) — was asked if it wanted to hold an ostracism that year. If the answer was yes, the ostracism was held two months later. No one was targeted for ostracism at this time. The only question before the assembly was whether an ostracism would be held.

The actual process of ostracism was simple. There was no indictment, trial or even debate in the assembly. Instead citizens scratched the name of the person they wanted to remove on a pottery shard and deposited it in an urn.

(Pottery shards, according to the Wikipedia entry, were sort of the scratch paper of fifth-century B.C. Athens. The Greek word for the shards, ostraka, is the source of the English word ostracism.)

The presiding officials sorted the names into separate piles. The guy with the most ostraka in his pile won the one-way ticket out of town, provided, according to Plutarch, that at least a total of 6,000 people voted. Other historians say there had to be 6,000 votes cast for the “winning” ostracee.

The ostracized person had 10 days in which to get his affairs in order and get out of Athens. The penalty for being caught in town after that was death, as was the penalty for returning to Athens early.

The ostracized man could go anywhere he wanted. The Athenians didn’t care where the ostracee landed, even if it was a rival city, only that he was gone.

However, getting ostracized wasn’t the end of the world for the ostracized. The ejected party retained his Athenian citizenship. His property was not confiscated, and he could continue to derive revenue from it. He could write letters back to Athens or communicate through surrogates. And at the end of the 10 years he could return with no hard feelings and even get involved in politics again (and possibly get ostracized a second time).

Ostracisms occurred rarely — there were only about a dozen known ones during the fifth-century B.C., but they included some big names: Xanthippus, who was the father of Pericles, Aristides (aka Aristides the Just), and Themistocles, who served as Athenian Strategos or supreme military commander during the Second Persian War and was the victor in the decisive naval battle at Salamis.

Since there’s no American popular assembly, there would have to be another way of determining whether the country wanted an ostracism in a particular year.

For instance, the federal government could pay the country’s leading pollsters to include an ostracism question in every poll they take during the first three months of the year. If the results in a majority of the polls show majority support for an ostracism, it would take place two months later.

“(Fill in the blank with the name of any American citizen over the age of 18. Vote only for one.)

There would be no need to nominate “candidates” to be ostracized, since every American citizen over the age of 18 would be a “candidate.”

You could fill in the name of anyone from Trump to Nancy Pelosi to the ref who made a bad call at last week’s Broncos game. Whoever gets the most votes gets the old heave-ho. Just be sure to spell his or her name correctly.

OK, the whole thing might sound crazy, but it addresses a deadly serious problem. Impeachment results in undoing the results of an election. Unless there is an obvious crime involved, undoing the results of an election is better done by the voters. This isn’t a particularly radical idea. A lot of state constitutions provide for recall of state and local elected officials, including Colorado’s.

Ostracism would just be a recall on steroids, in which the voters say, in so many words, outta sight, outta mind, outta here.