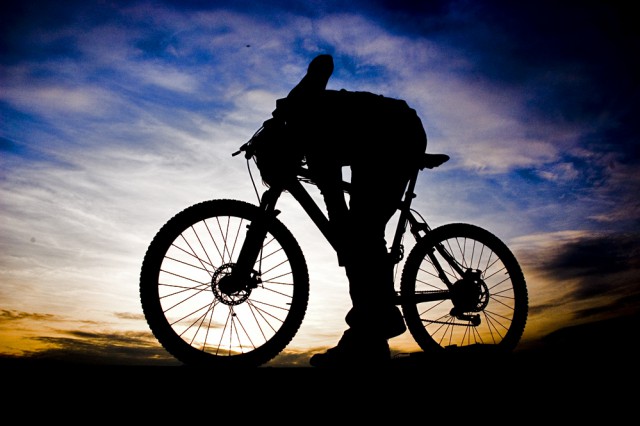 Editor’s note: This letter was e-mailed to each individual member of Boulder City Council.

In the interest of full disclosure, I am an avid mountain biker. I enjoy riding several times a week, weather permitting, and for me that includes temperatures as low as 40 degrees, so long as the trails are clear and rideable with no residual damage. I have been known to get up at the crack of dawn, sneak away from the office in the middle of the day or hit the trails after work, rushing home for dinner after dark to the disapproving but understanding eyes of my mountain biking addiction-enabling family.

When I hike, I am constantly assessing the suitability of every trail for riding. When the trails are covered in snow and I am relegated to my road bike or (gasp) stationary bike, I often close my eyes and dream of the day in the not-too-distant future when I will be enjoying the unparalleled fun and beauty of being out there on my mountain bike in the gorgeous Colorado wilderness.

Like thousands of other Boulderites, I am passionate about mountain biking. But as the founder/owner/publisher of Boulder Weekly, I am even more passionate about truth and justice than I am about mountain biking. For almost 18 years now, Boulder Weekly has fought hard to distinguish truth from lies and has stood up against injustice when wrongs were committed — or were about to be committed.

As a Boulder resident and mountain biker, but mostly as a seeker of truth and justice, I have followed the West TSA controversy with great interest. And now that we have arrived at the moment of a final City Council decision about mountain bike access in this pivotal area, I am deeply concerned that much of the truth of this controversy has been obfuscated by vitriol, deceit and the same manner of partisan politics that we in Boulder condemn on a national level. Consequently, I am writing in an effort to illuminate the truth of this situation.

There are numerous facets to this issue that merit attention. But rather than break them down and reiterate the many good points that have been made during this passionate debate, I believe it will be most helpful to shift gears for a moment and create a useful context for this subject with history and an ideal metaphor as our guides.

Although modern snowboarding has been around since 1965, when a Muskegon, Mich., engineer named Sherman Poppen invented the “Snurfer” for his daughter by banding two skis together and attaching a rope, snowboarding was not recognized as an official sport until 1985 when the first World Cup was held in Z%uFFFDrs, Austria. Despite the widespread official acceptance of snowboarding by the winter sports community at that time and the explosive popularity of the sport, during the mid-1980s snowboarders were banned at 93 percent of U.S. ski areas. In their desire to continue to cater to their wealthy, elitist clientele, ski resorts were afraid to permit what was (mis)perceived as a new, dangerous trend on their exclusive mountains. Simply put, despite the exploding popularity of snowboarding, NIMBY (not in my back yard) resort executives and their skiing customers sought to prevent the young and growing snowboard crowd from infiltrating their slopes.

Thus began a war of propaganda that was waged by the elitist skiing community in which snowboarders were demonized as rude, dangerous and disrespectful hoodlums who threatened the safety, quality and sanctity of the slopes that skiers felt they had a right to call their own.

Despite the vitriol that was being discharged by the skiing establishment, the snowboarding revolution continued. Once relegated to backcountry terrain, there are now some 6 million snowboarders shredding at virtually every ski resort in the world, and some 80 percent of the younger generation who engage in winter sports choose snowboarding over skiing.

Most relevantly, over the past two decades the feud between skiers and snowboarders has done a fade to black. Despite their differences — expressed in terms of demographics, speed, style and attitude — both groups share an enjoyment of the beauty of nature and their own version of the exhilaration of outdoor winter sports. Skiers and snowboarders peacefully co-exist in the mountains and have learned to share the trails they love, while respecting and even admiring each other.

During recent decades, the sport of mountain biking has boomed in the same way snowboarding has, and over that same period the Boulder mountain biking community has grown to numbers almost equal to the hiking community. And due to the timing of the West TSA segment of the very admirable work being done by the City of Boulder Open Space and Mountain Parks (OSMP) division, a pivotal moment has arrived with respect to the use of the open space areas our community supports for the benefit of all.

But here in our peaceful little village we are fomenting a feud between hikers and mountain bikers almost identical to that in which skiers and snowboarders once engaged. During recent weeks, mountain bikers have been characterized as “a narrow-minded band of selfish vigilantes,” “a small, inconsiderate bunch of arrogant kids,” “20-something, Lycra-clad adrenaline junkies who are ready to mow people down,” “adrenaline-fueled, meat-headed, irresponsible young people,” and “a greedy subset of people who see nature as something to use and conquer.”

These comments are deceitful, untruthful and shameful, and they should be seen for what they are: a desperate and ill-conceived concerted effort on the part of the NIMBY component of our community to demonize mountain bikers and hoard trails for their own private use, at the exclusion of their fellow citizens. This unseemly tactic didn’t work with snowboarders, and we must prevent its success with mountain bikers.

The fact is that mountain biking is here to stay, just as was the case with snowboarding when the NIMBY ski community embarked on its similarly propagandized and ill-fated campaign. As Boulder City Council members, you have the duty and the opportunity to put an end to this manner of partisan politics and demonstrate outstanding leadership by refraining from relegating Boulder citizens who wish to enjoy our open space areas by mountain bike to the very limited terrain that currently exists.

Just as skiers and snowboarders now peacefully co-exist the world over, hikers and mountain bikers can share our mountain trails harmoniously for the benefit of us all. Our community is an ever-changing place, and the needs of Boulder citizens have changed as more of us have discovered the extraordinary sport of mountain biking. As the good servants of the community that elected you, we trust you to set aside the reactionary pleas of those who desperately cling to a world that no longer exists, so that the current needs of the Boulder community of the present, and the future, can best be met.