Reflections on the 15th anniversary of Jerry Garcia’s death

It is clear from the outset — and underscored by Reasoner’s inflection at the first pejorative use of the term “Hippies” — that the intention of this program is to marginalize, at best, and demonize, at worst, what arguably remains the most significant social movement of our lifetime.

The friction between mainstream culture, represented by Reasoner and his CBS associates, and the counterculture, portrayed by the Grateful Dead, is palpable and, indeed, uncomfortable to watch some 43 years later. As the report unfolds, it becomes eerily clear that at that moment in history the “Hippies” had been cast as the latest in a series of groups to be feared by an ever fear-mongering culture. During World War II, the American mainstream identified the “Krauts” and the “Japs” as the enemies to be feared, against whom we must unite to protect the “American way of life”; in the ’50s it was the “Communists”; in the modern era it is the “Terrorists.”

But back in the ’60s it was the “Hippies” we needed to fear. Yes, the “Hippies” were the latest threat, with their strange attire, long hair, weird music and use of marijuana and psychedelic drugs. And a good dose of fear could be evoked simply with the name Grateful Dead. Just imagine being a fly on the wall at CBS headquarters when the news arrived:

“Hey, Harry, you know that piece we’re doing on the Hippies in San Francisco?”

“Well, get this: There’s a band of Hippies that call themselves the Grateful Dead!”

“That’s perfect. They’re so high on drugs that they would be grateful to be dead. That sums up the point we’re trying to make about these Hippies as well as anything.”

“Let’s feature this Grateful Dead as prominently as possible in the show.”

“I’ll try to line up an interview with the group, Harry.”

But what CBS couldn’t have seen coming was the loveable, disarming innocence of the Grateful Dead’s leader, Jerry Garcia. One minute and 20 seconds into the documentary, the Grateful Dead were asked what the Hippie movement was trying to accomplish. This is where the film took an unexpected detour into what may be the most eloquent manifesto ever for the Hippie movement, delivered by its inadvertent poster boy, Jerry Garcia.

Now that’s something to be afraid of!

This week marks the 15th anniversary of the death of Jerome John “Jerry” Garcia (Aug. 1, 1942, to Aug. 9, 1995). He was a living legend, and his iconic nature has only become amplified since he left those of us who loved him wondering how we would fill an enormous void in our lives.

From the 1967 “Summer of Love” to his tragic death of a heart attack in a drug rehab clinic, Garcia was much more than one of the greatest guitarists in rock ’n’ roll history. He was an American patriot in the truest sense of the word: he loved his country well enough to take it to task for its failings.

Being a “Deadhead” has been one of the greatest joys of my life. And it has been a fundamental aspect of my purpose to uphold and promote the set of principles that Garcia stood for.

The music of Jerry Garcia, the Grateful Dead and the many associated spin-off groups and musicians who accompanied this “Pied Piper” on his unique and splendid musical path have been the soundtrack to my life ever since I discovered the NFA/GDTRFB (Deadhead nomenclature for the Not Fade Away/Goin’ Down the Road Feelin’ Bad medley that the Grateful Dead so often played) on the Skull and Roses album and saw my first show on Oct. 19, 1974, at San Francisco’s long-ago-razed psychedelic rock palace, Winterland. Having been to more than 100 shows, listened to countless hours of recordings, and followed the life of Jerry Garcia with considerable passion, adoration and esteem, I believe he succeeded in living life on his own terms — what he referred to in the CBS interview at the age of 25 as “an uncluttered life, a simple life, a good life.”

More importantly, Garcia inspired millions to live life on their own terms. As one of those people, I in turn do my utmost to pass along the inspiration that has “moved me brightly.” Garcia absolutely succeeded in “moving the whole human race ahead a step,” and I am proud to be his partner in that Herculean endeavor.

Through it all Garcia never forgot that life is a carnival. There is a sense of joy, humor and playfulness in his music that is infectiously optimistic. Even now, 15 years after his death, his music and his example serve as an anchor to us as we struggle to come to terms with the enigmatic and often-times troubling nature of life.

Bob Dylan said about Garcia, “There’s no way to measure his greatness or magnitude as a person or as a player.” I would add that there’s no way to replace him, and that his departure left a hole in my life that has been difficult to fill. On the anniversary of his death, I give thanks for his many gifts and rededicate myself to carrying on the traditions of hope, joy, love and individuality that were so tirelessly nourished during the life and times of Jerry Garcia.

A link to the 1967 CBS video is available in the online version of this column at www.boulderweekly.com. 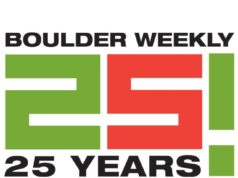 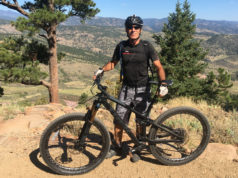 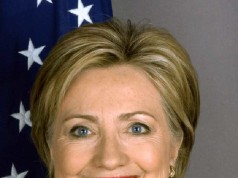