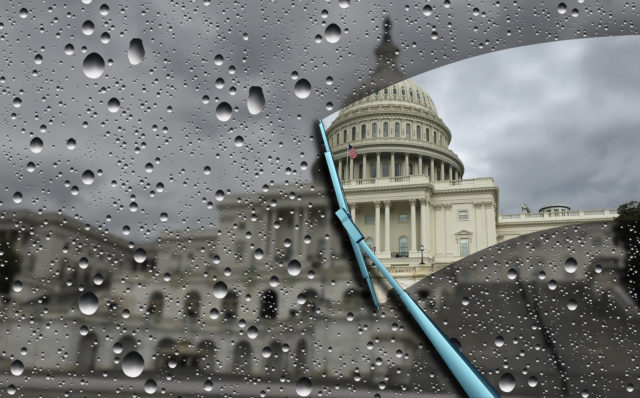 A major battle plays out daily in Colorado as some of our elected and appointed officials — all of whom took a solemn oath to serve all Coloradans — do everything possible to frustrate disclosing information belonging to the people. These fights involve access to records concerning public policies created with taxpayer dollars.

As someone who has fought on multiple fronts for public access to records and deliberations, I continue to be astonished by how many government employees continue to make it difficult for journalists to do their jobs or for regular citizens to simply find out what is happening in their own communities.

While many officials tout their belief in “transparency,” their actions often belie their words. They hide and obfuscate — making decisions privately rather than publicly, and making records difficult to obtain by delaying access, charging ludicrous amounts for copies, overly redacting information, and, in many cases, not providing the information at all.

They truly believe whatever they do is “right,” because they are convinced they know best what is in the public’s interest. They rationalize bad behavior due to their belief the ends (what they believe is a good outcome) justify the means (making it difficult for journalists and others to access what should be public information).

The current public records debate in Colorado is focused on how long government officials at all levels should retain their electronic records — primarily email correspondence and text messages. Current law generally allows each agency and political subdivision to set its own time period for when emails can be deleted. As a result, some officials are deleting their correspondence after just 30 days! This makes no sense at all and contributes only to greater distrust of government.

In the past, one could argue the cost of storing voluminous amounts of information was exorbitant and deletion of certain records made sense. As someone who worked in and is knowledgeable about the high technology arena, I can state, without any qualification, that the cost of electronic storage today is so low an argument could be made that no deletions should ever occur.

In 1980, a gigabyte of computer storage on a hard drive could cost $1 million. Today that cost is 2 cents. The entire contents of the Library of Congress could now be stored on a device which costs only $500.

Bureaucrats who argue storing all emails indefinitely would make responding to Colorado Open Records Act (CORA) requests difficult are being disingenuous, at best. Today’s search tools allow a user to easily and quickly search and find whatever records are relevant to a request — often in a matter of seconds. Technology simply has rendered the excuses of uncooperative bureaucrats moot.

One reason to require all Colorado government agencies to maintain email and text correspondence and related records for at least five years is because it may take a few years before anyone even knows they need the information. A journalist or law enforcement investigation into activities or actions involving government agencies, especially where malfeasance is a possibility, may take several years to develop.

When legal processes are involved, it can be one to three years after an event before actual litigation commences and then another year or two before the discovery process (i.e., record acquisition) is completed. That means five years could go by before a case is complete. And if there are delays in responding by a government entity, the time periods can be much longer.

Another way some government agencies make it difficult for journalists and others to get information is by charging excessive amounts to honor what often are simple requests. Agencies are allowed to charge (e.g., $30 per hour) for the time their staff members spend responding to requests, some of which legitimately do require extensive research and the organization of information.

However, there have been instances where agencies have claimed a request will take days or even weeks to process. These agencies then calculate the cost of the request and inform the requesting party that thousands of dollars are needed for a search which actually could be completed in an hour or two.

Certainly, the time estimates can be reasonable when documents need to be gathered from disparate sources and have to be reviewed and redacted or even excluded for legitimate reasons (such as confidentiality) but some agencies abuse the process to cover up their own mistakes.

Government agencies also may try to provide requested information in a form or format which is less helpful and, at times, even unusable. In my first open records case (I was represented at the time by future Colorado Attorney General and U.S. Senator Ken Salazar), I requested records from a state government office in electronic form.

The office agreed the information I requested was public but wanted to provide the information on paper. This would result in the printing of tens of thousands of pages of information which would be next to impossible to organize or analyze. It also would be an environmental disaster. Although I eventually won the case, by the time I got the data, it was no longer helpful.

In a matter involving open meetings under the Colorado Sunshine Law, I informed a municipality it was against Colorado law for its governing board to meet in sessions about which citizens were given very limited notice and during which decisions were made but were not truly in public view or even in view of the press covering the municipality.

Only because I involved legal counsel did the municipality ultimately agree to institute some reforms. Nevertheless, during the entire duration of the matter, it believed what it was doing was appropriate even though few knew the people’s business was being conducted behind the equivalent of partially closed doors.

Today, Coloradans who hire an attorney to assist them cannot recover those costs unless they prevail in court. The law should be modified so those costs are recoverable even if the issue does not even go to court. That would create an incentive for government agencies to be more cooperative.

This is important because, in some cases, government agencies use the length and cost of the process to stall providing the requested information. In these instances, the officials know they ultimately are likely to have to provide the information but, by forcing the requesting party to go through the legal process, they are confident the information will be useless by the time it is provided.

In the first case in which I was forced to be a party after making an open records request, the government entity involved went to court to fight the request knowing it would lose but also knowing the delay caused by the legal process would result in my getting the requested information too late to be used effectively. So, although I won the case, the agency accomplished its goal of “running out the clock” (as well as costing me money).

To address these issues, there should be an ombudsman who can quickly size up situations and mediate a final arrangements on the parties in a short time frame (e.g., within three business days of a request). Today, it takes the agreement of all the parties for mediation to occur so either party can now prevent it from happening. If the dispute were submitted to an ombudsman and then goes to court, the ombudsman’s report should be available to the judge in the case so as to expedite a decision. Both the ombudsman and court processes should be fast-tracked in the law so a decision is issued within a calendar week of a request.

While Coloradans’ interests in open government are led by organizations such as the Colorado Freedom of Information Coalition (ColoradoFOIC.org), it is up to Governor Jared Polis and the Colorado General Assembly to make our state’s commitment to open records and open meetings a full-fledged reality.

Most importantly, it is time we make certain we elect public officials who not only say they believe in transparency but have plans to proactively make information accessible. If we do that, we will have fewer barriers being erected to having access to public records and meetings. Hopefully our elected leaders — whose members are subject to open records and open meeting sunshine laws — will do the right thing and make these laws work the way they were originally intended.