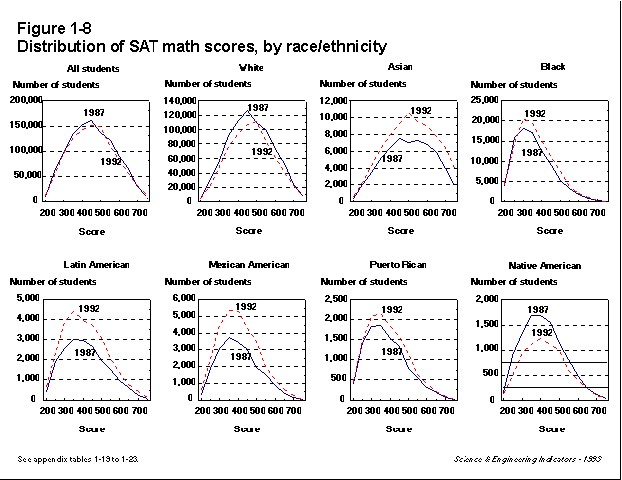 The U.S. Supreme Court last month agreed to expedited consideration of a case challenging the constitutionality of adding a citizenship question — Are you a citizen of the United States? — to the 2020 Census form.

The Court is scrutinizing the wrong question.

The question whose inclusion should be questioned — hell, that should be excised from the census and forever banned — is the race question.

The race question has been asked by every U.S. census since the first one in 1790 and the 2020 census is no exception. It will ask Americans to state their race and/or their ethnic identity.

In 1790 the question represented a cancer growing on the republic, and more than two centuries later it still does.

But there was a rational (albeit evil) reason for asking the race question in 1790 and up through the 1860 census. Those censuses asked about race because Article I, Section 2 of the Constitution, the part that mandates that a census will be conducted every 10 years for purposes of apportioning seats in the House of Representatives, also mandates that the count will include “the whole number of free persons” in a state — free persons, not citizens — plus “three-fifths of all other persons.” Or more plainly, black slaves.

The Fourteenth Amendment, adopted in 1868, got rid of the “three-fifths” rule and the need to take race into account for distributing seats in Congress.

But that hasn’t stopped the feds from asking Americans to state their race or ethnic identity for other reasons, like providing information that can be used for handing out government benefits targeted toward minorities or for fighting discrimination. Or for perpetuating discrimination maybe, because arguably just asking the race question enables racism.

By including the race question (or more accurately the race questions; there are more than one) the government isn’t just asking you to disclose your race or ethnic identity, it’s demanding that you choose one.

And that violates a foundational principle of republic — that all men are created equal. Why? Because sorting Americans by race and ethnicity is by its nature an act of segregation. Racial segregation is unconstitutional because the concept of “separate but equal” is inherently unequal. That was the pivot on which the case Brown vs. Topeka Board of Education turned.

But the principle applies more broadly as well. When you sort people by race or ethnicity, you aren’t celebrating diversity. You are weaponizing it.

The race questions on the census are invidious for other reasons as well — starting with the fact that the racial categories the census wants to stuff us into are arbitrary and capricious.

The 2020 Census race question, which is a garden of earthly delights for the practitioners of American identity politics, starts out by asking, “What is this person’s race?” and then helpfully provides no fewer than 15 boxes you can check for your race, along with blank spaces for you to fill in with your ethnicity, examples of which are also helpfully given.

The first box is for whites. The accompanying instruction above the blank space for your ethnicity reads “Print, for example, German, Irish, English, Italian, Lebanese, Egyptian, etc.”

That’s right, for purposes of the 2020 census, Arabs are white, not persons of some color or another. Pakistanis, on the other hand are explicitly listed as an example under the “Other Asian” race category — along with “Cambodians, Hmong, etc.” But absolutely, positively not under the “Asian Indian” race category, which has no ethnic examples given next to it.

Blacks or African Americans have their own race box along with examples of black ethnicity —African American, Jamaican, Haitian, Nigerian, Ethiopian, Somali, etc.

American Indians or Alaska Natives have a separate race box; they are told to write in the names of their enrolled or principal tribes.

Hispanics are not listed under the race question. That’s because the 2020 census has a separate but equal question for them: “Is this person of Hispanic, Latino or Spanish origin?”

There are five boxes under it: 1) No, not of Hispanic, Latino, or Spanish origin; 2) Yes, Mexican, Mexican Am., Chicano; 3) Yes, Puerto Rican; 4) Yes, Cuban; and 5) Yes, another Hispanic, Latino or Spanish origin — with Salvadoran, Dominican, Colombian, Guatemalan, Spaniard, Ecuadorian, etc. given as examples of the ethnicities you’re asked to write in the space below.

Fortunately, there is a way to answer the race question that is non-racist. Two ways, actually.

At the bottom of the race question is one last response choice: “Some other race — Print race or origin.”

When my high school civics teacher got to the race question on the 1960 census, he told us about a guy who answered it by writing “human” in the “Some other race” space. An excellent response. I’ve used that a couple of times. But there’s one I like even more.

I came across it nine years ago, in a post by Scott Johnson on the Powerline Blog discussing how to answer the race question on the 2010 census.

J. Hector St. John De Crevecoeur was a Frenchman who came to America before the Revolution and fell in love with it. He sent dozens of letters back to France describing America and Americans, three volumes of which were eventually published as a work titled Letters From an American Farmer.  Here’s a passage from one written in 1782 (emphasis added):

“What then is the American, this new man? He is an American, who, leaving behind him all his ancient prejudices and manners, receives new ones from the new mode of life he has embraced, the new government he obeys, and the new rank he holds. He has become an American by being received in the broad lap of our great Alma Mater. Here individuals of all races are melted into a new race of man, whose labors and posterity will one day cause great changes in the world. Americans are the western pilgrims.”

The post went on to suggest that the proper answer to the race question is “American.” That’s how I answered the question in 2010, and that is how I intend to answer it in 2020.