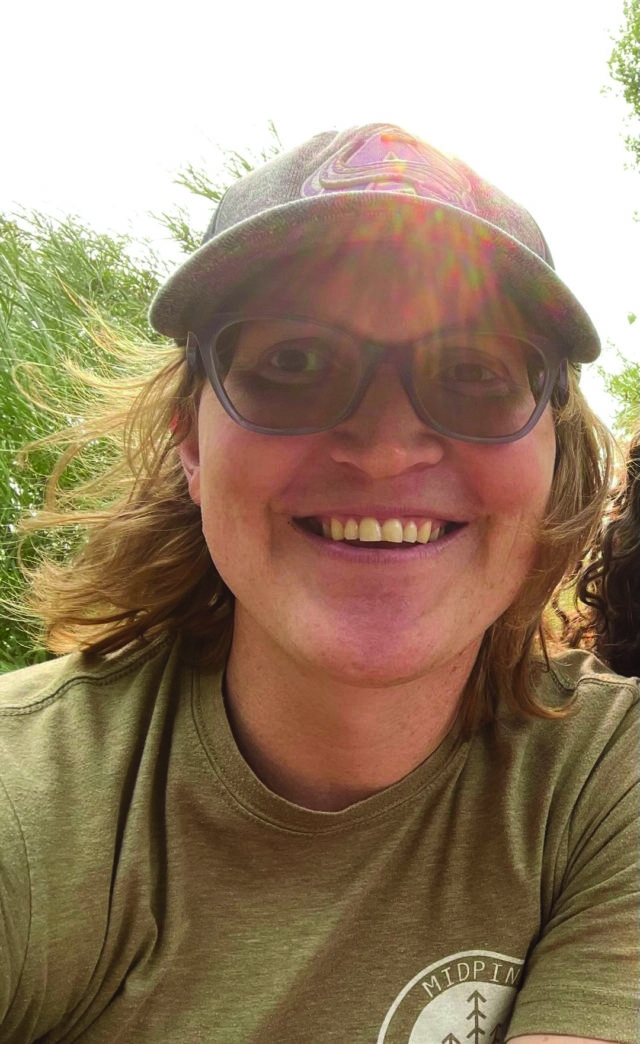 It was going to be an easy climb after work on a beautiful late summer day in Eldorado Canyon.

Aubrey Runyon and her climbing partner planned to link pitches on the Wind Tower, whose southwest face has some of the most frequently climbed routes in the Canyon. It’s a great spot for beginners, but for experienced climbers like Runyon and her partner, it was an easy way to relax.

But just 30 feet from the top of the second pitch, Runyon heard someone call out, “Falling!,” and watched two climbers tumbling some 130 feet down the rock, landing right next to Runyon’s path.

With a background in search and rescue in teams in Idaho, Arizona and Nevada, Runyon snapped into action, building an anchor from where she was positioned on the rock, calling rescue services and having her partner lower her down to the fallen climbers.

The lead climber was alive, still sliding down when Runyon reached him, so she secured him to the rock before checking on his partner, who was “wrapped up in a tree above the ledge.”

She knew the second climber was dead before she even reached him.

“I tried to push myself between the two of them, that way [the lead climber] couldn’t see his partner; I didn’t want him to be able to see what was going on behind me,” Runyon says. “[The lead climber] had a severe leg injury, but I was able to get the blood to stop gushing, and then when the EMTs got there, when the search and rescue crew got there, I was able to fix ropes so they could have a quicker access point to get to where we were.”

The first medical professional to arrive on the scene was an emergency room doctor who lives in Eldorado Springs. The doctor verified that the second climber had died on impact.

“That was good for my mental health to know that I had made the right call about helping the lead climber,” Runyon says.

From there, Runyon was able to hand over the rescue to the medical professionals.

“The mental health side of it, for me, has been horrific,” Runyon says. “I can’t imagine for the surviving climber how it’s been. It sent me spiraling.

“I was able to work with a good therapist and was able to get resources from the climbing community that they give out for mental health for these kinds of things, which was fantastic. It was very beneficial for me, but still, it was a very traumatic experience for everyone that was there.”

Runyon has been navigating trauma for most of her life. The “aggressively queer” climber was forced into conversion therapy as a teenager by her parents. She says she hasn’t been in contact with her mother in 16 years.

“I’m the chair of the Denver Chapter of the American Alpine Club, and my whole focus is inclusivity and diversity,” Runyon says. “And it’s for that reason I don’t want anyone excluded from my sport. I want there to be no barriers to the sport of climbing. Like, I don’t care if you’re a person of color, if you’re in the LGBT community, if you’re an adaptive climber. If you want to climb, you should be able to climb. I think those traumas set me up for that, to be the outreach to other people. I think that’s in a way very beneficial for my mental health, to be able to give others what I couldn’t get. We’ll pull people in and say, ‘You belong here, and we’re glad to have you here.’”

Through the American Alpine Club, Runyon is planning a “massive” LGBTQIA+ climbing festival for the spring of 2023.