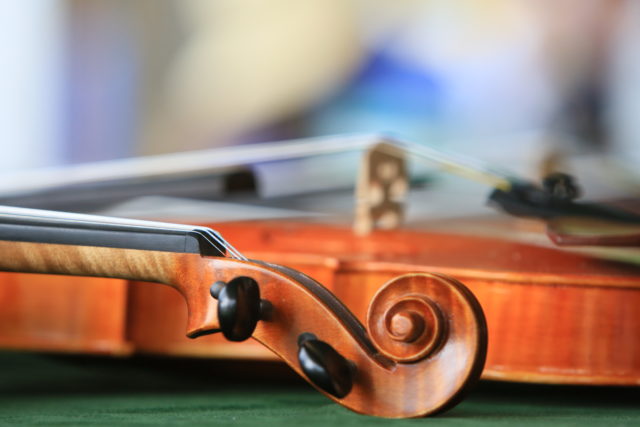 Colorado brings to mind mountains, skiing and beer for many visitors and newcomers, but music should never be far off.

Ask banjo, mandolin or guitar pickers anywhere, and they know all about the Telluride Bluegrass Festival, Rockygrass in Lyons and Boulder’s legendary Hot Rize. Many stream KGNU’s bluegrass show, Old Grass GNU Grass, on Saturday mornings. And they know that members of the jam-grass royalty — including Leftover Salmon, String Cheese Incident and Yonder Mountain String Band — call Colorado home, and that their performances here are epic.

That’s pretty remarkable considering Colorado wasn’t exactly bluegrass heaven with a thriving community 50 years ago, nor was it a foregone conclusion that Appalachian-born acoustic music would take root in the Rockies the way it did in Tennessee, Kentucky and West Virginia.

True, string bands played around the state, the big AM stations programmed early country music and honky-tonks featured square dancing and Western Swing from Texas. But it wasn’t until the 1960s folk boom that bluegrass migrated West in a meaningful way.

In the Denver area, the folk and bluegrass scene was sparked and supported by legendary folkie Harry Tuft and the Denver Folklore Center, which provided access to instruments and instruction. But, it’s thanks to Bill “The Father of Bluegrass Music” Monroe that one of the nation’s most highly respected bluegrass festivals ended up in our backyard. It came down to logistics.

ROCKYGRASS DNA COMES FROM BILL MONROE
Touring bands of yore (and today) faced a long bus trip from the cities of the Midwest to the West Coast and looked for a landing spot to bridge the gap. The place where the highways met near Denver seemed appealing, especially to mandolinist and band leader Bill Monroe.

When Monroe played at former Boulder music hall Tulagi’s in 1972, he talked with members of the just-born Colorado Bluegrass Music Association and proposed bank-rolling a festival headlined by his band, the Bluegrass Boys, for whom the music was named. Those Boulder shows led to the first annual Rocky Mountain Bluegrass Festival at the Adams County Fairgrounds less than a year later and featured a lineup that included guitarist Lester Flatt.

Tulagi’s had already figured in another seminal moment in bluegrass music history. The influential Will the Circle Be Unbroken album was basically birthed backstage when Flatt’s former partner, banjo legend Earl Scruggs, played there in 1971. The acoustic music-oriented Nitty Gritty Dirt Band dropped by, and that became the record that introduced the Baby Boomers to bluegrass.

“Baby Boomers were at their peak and arriving in Boulder and Denver. So many of us were moving here from all over the country. What we found here was a sense of community,” says Pete “Dr. Banjo” Wernick.

Along with Nick Forster (creator of eTown), former Boulderite Tim O’Brien and the late Charles Sawtelle, Wernick is a founding member of Grammy-nominated Hot Rize (and its alter-ego Red Knuckles and the Trailblazers). Wernick was the founding president of the International Bluegrass Music Association and organized the nation’s first banjo camp.

TURN YOUR (PUBLIC) RADIO ON
Public radio, in particular Boulder’s KGNU, played a pivotal evangelizing role in making the area bluegrass-friendly. The Boulder radio station has featured bluegrass and acoustic music throughout its programming, but especially on the Old Grass GNU Grass show. “You figure, Saturday morning after Saturday morning, week after week for 40 years, Old Grass GNU Grass has been introducing people to bluegrass,” Wernick says, noting that the DJs — including his wife, Joan — are experts in the genre.

The station is also a dependable spot where bluegrass musicians have a place to play live on the air. The station’s volunteers maintain a hotline that lists jams, gigs and festivals all over the state.

In the early ’70s, Wernick and his former band, Country Cooking, were booked at one of the first Rockygrass festivals in Lyons. “We were driving into Colorado and picked up KFML, a free-form AM station, and they played ‘Great Balls of Fire’ by New Grass Revival. I thought that this had to be the hippest place in the country,” Wernick says.

In 1974, Fred Shellman and members of the local Fall Creek Band organized the first Telluride Bluegrass Festival, booking the long-haired Sam Bush and New Grass Revival as the headliners. The event has become one of the most famous music festivals in the world. While Telluride never pretended to be a strict bluegrass festival, it has showcased the best bluegrass musicians of several generations to a notoriously open-eared audience.

For many years the Telluride Bluegrass Festival office was located in Boulder. In 1988, Lyons-based Planet Bluegrass purchased the Telluride Festival and in 1992 added Rockygrass and established the picturesque festival site in Lyons.

“I give a lot of credit to the Telluride Bluegrass Festival and (founder) Fred Shellman for bringing all that talent to Colorado and making it work in a town that’s really hard to get to,” Wernick says. He praises Planet Bluegrass for retaining the traditional bluegrass festival format at Rockygrass, which includes workshops and instrument and band competitions, as being among the first festivals dedicated to sustainability.

“The whole way bluegrass works as a subculture is very healthy. There are lots of families. There is very little BS. The stars are never very far from the fans, who more often than not play instruments themselves,” Wernick says, noting you can find bluegrass jams every night of the week at local cafes, restaurants and brewpubs, including a legendary one at Oskar Blues Grill & Brew in Lyons.

HOW THE JAM GOT IN THE GRASS
Bluegrass seems to fit Colorado because acoustic music was meant to be heard outdoors, preferably around a campfire. This sensibility matched up with the desire of Colorado mountain towns needing something to draw visitors in the summer.

“You can’t underestimate the power of the environment at these festivals. People get here and slowly they are introduced to the music and become fans,” says Brian Eyster, vice president of communications at Planet Bluegrass, who is also a musician and volunteer bluegrass DJ. Planet Bluegrass produces the Telluride Bluegrass Festival, two festivals onsite at Lyons, including August’s Folks Festival, plus spring and fall concerts in its Wildflower Pavilion.

Colorado is viewed as the birthplace of “jamgrass,” fusing bluegrass values with rock, jazz, folk and world music, as heard in bands like Leftover Salmon, String Cheese Incident and Yonder Mountain String Band. Their presence led to a new generation of harmonic immigrants.

“Three-fifths of the Infamous Stringdusters live in Colorado, a couple of members of Green Sky Bluegrass, and a lot of the musicians from Trout Steak Revival,” Eyster says.

“There are more transplants than natives. Part of the reason they live in Colorado is that their music is welcomed. Here, they found their audience,” Eyster says.

They also found a different kind of festival.

“The Colorado bluegrass festivals are not like most of the festivals back east. Here they have always been open to other kinds of acoustic music, and [are] supportive of musicians pushing the boundaries,” Eyster says.

“Especially for the younger music fans — they don’t have these separate genres they follow. They like the bands that draw from a lot of influences. All that music is reflected here,” he says.

Another reason the Flatirons became a bluegrass backdrop has been the flurry of unofficial state anthems. “Colorado’s reputation also comes because musicians come here and then they write all these great songs about it,” Eyster says.

Despite the diverse sounds they make, all of these traditional and genre-bending bands have one thing in common. “We all have a high regard for a lot of the same original stuff. We all get Flatt and Scruggs,” Wernick says.

John Lehndorff has written about music in Colorado since the late 1970s for the Rocky Mountain News, Bluegrass Unlimited and more.