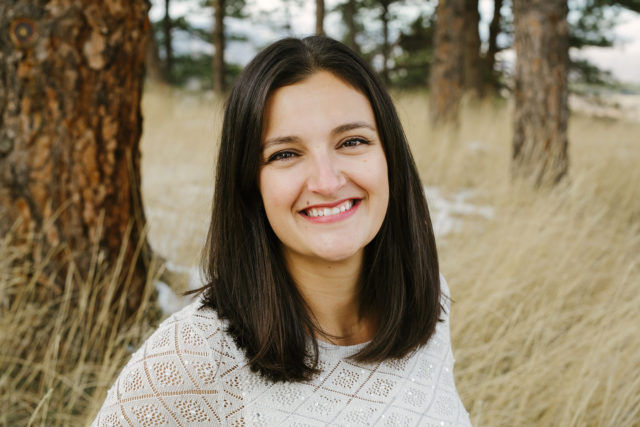 In times of trouble, as well as every single day, “food always helps,” Jessica Benjamin says,

“I love the food world. I love the people in it. I love the stories in it. Food is about culture, so it’s very personal. It’s a sense of exploration where you discover your neighborhood,” she says.

Since Jessica Benjamin bought First Bite, Boulder County’s annual restaurant week, the community and restaurant industry have experienced some tragedies and disasters, the latest being the Marshall Fire, which destroyed 1,000 homes in Louisville and Superior.

As always, it was the food people who came through. “Particularly now, when they’ve been getting battered for two years by COVID, the restaurants were the first ones to say ‘yes.’ It was amazing to see how quickly the industry coalesced and worked together—restaurants, caterers, farmers and bakeries—to feed the families,” Benjamin says.

Jessica Benjamin is no stranger to tragedy, the PTSD it inflicts, and the path out of it. “In 2013, Matt Benjamin . . . and I were engaged. His dad and brother and their girlfriends were killed in a plane crash in Santa Monica. Frankly, it changed everything in our lives,” she says.

“The following January was dark. It was cold. We were very depressed. A friend dropped by—really someone who we weren’t really close to before that. She dropped off beef stew hot in a crockpot on the doorstep. She said: ‘I just wanted you to know we’re here for you,’ and that was just so heartwarming. It made us realize we needed to cook better meals for ourselves,” Benjamin says.

Jessica Benjamin moved to Boulder in 2004, and was The Kitchen’s marketing director as it rapidly grew. After working for a large national events company, she ran her own Boulder events company. Critically, she also connected to the larger food community as a volunteer at the Growe Foundation’s Garden to Table program connecting children to nature.

“I wanted to get out of the stressful meeting planning world, make a difference locally and concentrate on my family,” she says.

Benjamin purchased First Bite in spring 2019 from Kate Lacroix and Josh Dinar, who had nurtured the event since 2005, and Benjamin produced a highly successful restaurant week that fall.

Just as Benjamin and her team were planning the next restaurant week, COVID hit.

“Being a mom with two small kids and trying to keep my staff employed, it was a scary time,” Benjamin says.

“In March 2020 events were gone. We tried to help restaurants pivot to reopening and the new reality of masks, takeout and delivery, and outdoor dining,” she says.

“One of the things we’ve seen with the pandemic is that food is part of so many industries. It’s not just economics. It’s like the lifeblood of a town. It’s how people feel the local vibration of life.”

For Benjamin, the pandemic focused her on family and cooking. She lost two grandparents to COVID in April 2020.

“My pivot came from cooking, which is something I love. I started making this simple gnocchi recipe from Denver chef Jennifer Jasinski. It became a robust staple in my kitchen and I realized that all these restaurants had recipes like that,” Benjamin says. The result was A Bite of Boulder, a cookbook featuring recipes from 30 local restaurants.

“I asked the restaurants to give me a recipe for something people want to eat and is reasonable to make at home. The most surprising part was how much butter and salt are used in these dishes,” she says with a smile. Benjamin and crew home-tested the recipes in the collection.

“It was really exciting to see the growth in my own cooking,” she says.

Available at local bookstores and online, A Bite of Boulder includes recipes from three eateries no longer in business. It was produced by local restaurants and 50% of proceeds go back to them.

At 2 p.m. on March 22, 2021, Jessica Benjamin was sitting in the Table Mesa King Soopers parking lot, just a few blocks from the Benjamin home, talking to her sister. A few minutes later, a gunman killed 10 people in the supermarket.

“I wasn’t in the mental space to go inside and be with crowds, so I went home. Then I found out. That night I had to explain to my 5-year-old what happened. What I want him to remember from it is that we came together as a community after such a tragedy,” Benjamin says.

Benjamin was approached last summer by the newly formed SoBo Rising group. “South Boulder is actually a tight community. We all know each other and the shop owners. We hosted a SoBo Sidewalk Social at Table Mesa Shopping Center and all the neighbors came. It was so desperately needed,” she says.

“The restaurants were still struggling immensely, so the model had to change. There was a huge desire for smaller events and more intimate engagement with diners. People were just venturing out. They were being selective in their exposure, but they still wanted to do something fun,” Benjamin says.

First Bite added tastings and classes, and expanded the price points, kinds of restaurants and dining experiences involved. “We had a lot of new people to First Bite trying a lot of new places,” Benjamin says.

The afternoon of Dec. 30, 2021, a fire driven by hurricane-force winds torched homes and businesses in Louisville and Superior.

“A large portion of these people had never needed help before. It was hard for them to say, ‘I’ve lost everything. Feed us,’” Benjamin says.

“We’re connecting with BVSD and through the PTOs. This helps the families when they need it and also helps the restaurants stay open during a tough time,” she says.

The past few years have reinforced Benjamin’s efforts to make First Bite a year-round effort, not just for one week.

“I’ve been listening to restaurant owners, the chefs, the staff and the diners about what they need. I had this idea that we could be a larger community organization— have events, be a year-round resource, be cheerleaders for Boulder food,” she says.

A new event, First Sip, will take place the final weekend in April, and First Bite’s next Boulder County restaurant week is scheduled in early fall.

“As we come out of Omicron, we are going to learn how to live with COVID. Everybody wants to get back to life. I want to be able to go on a date with my husband,” Benjamin says. Benjamin’s husband is Matt Benjamin, newly elected member of the Boulder City Council whose campaign was run by his wife in her spare time. They are parents of two children and their home includes a new puppy, Ruby.

“Horrible things will always happen. Our community will always experience curveballs. With experiencing tragedy, sadly it’s like a muscle: You learn how to heal and how to help others heal,” Benjamin says.