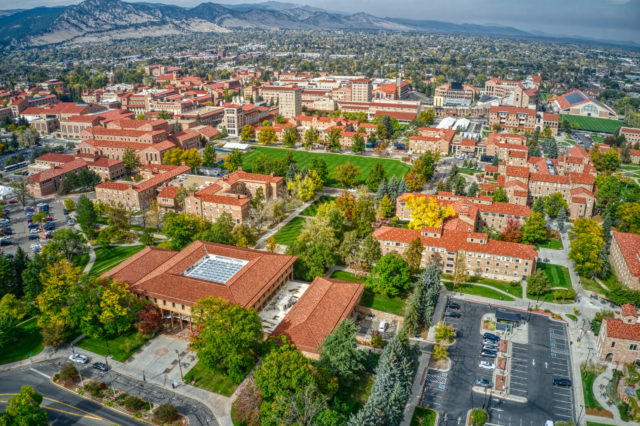 With the selection of current interim President Todd Saliman as the sole finalist for the presidency of the University of Colorado system, CU’s governing Board of Regents still have the opportunity to keep their promise of transparency to the citizens of the State of Colorado—including those who elected them.

As someone who benefited from the resources provided by the University, including learning how to program while I was at Fairview High School, and who has had multiple roles related to CU as a parent of a CU student and as a CU fundraiser, I have great affection for the University.

And, as a former member of the Princeton University governing Board of Trustees and as a current member of the Colorado Commission on Higher Education, appointed by Gov. Jared Polis and confirmed by the Colorado Senate, I know the single most important responsibility of the Board of Regents is the selection of a president to lead an institution with a +$5 billion budget covering 70,000 students and 37,000 employees at the CU Boulder, UC Denver, UC Colorado Springs and Anschutz campuses.

The Regents had promised the community a transparent process but, once again, have named a single “finalist” to avoid disclosing the names of other applicants.

Until a year ago, the literal reading of the Colorado Open Meetings Law and the Colorado Open Records Act required public institutions to disclose who finalists were. However, last year a law was passed, which allows the naming of only a single “finalist.”

In the previous presidential search, the Board’s Democratic and Republican members had unanimously advanced only one candidate—Mark Kennedy—and described him as the sole “finalist,” despite others who clearly were finalists.

Kennedy ultimately was hired on a partisan 5-4 vote (Republicans, 5; Democrats, 4). Today, Democrats have a 5-to-4 majority.

By denying CU community members and all other Coloradans (including the voters who elected the Regents) the list of applicants for the position—or at least the list of finalists—the 2019 Regents made it impossible for anyone outside their circle to assess the quality of their decision-making.

The key point is that disclosure of those who applied for the job gives the public the ability to evaluate the quality of the Regents’ single most important decision. Without the ability to assess the list of candidates, the public has no way of knowing how well the Regents performed.

When one of the 2019 Regents or a related party leaked the list of its 30 candidates, the public got the opportunity to evaluate the job the Board did, and most then graded the Regents with an “F.”

This didn’t mean Kennedy could not have been a good president. It simply meant the Regents made a poor, clearly politically-motivated decision. Coloradans hope this egregious approach is not repeated in the current search process.

The Regents, and their peers at other public institutions and agencies, validly argue that disclosing the names of applicants or even just the finalists is likely to discourage some of the most attractive, highest-quality candidates from applying.

They posit that many potentially exceptional candidates would be loath to have it known publicly they were interested in leaving their positions.

This is a strong argument in favor of not disclosing the names of many, if any, candidates, especially if an institution wants to maximize the number of exceptional applicants.

However, there is an equally strong argument that, even with the possibility of applicants’ names being made public, the applicant pool still would include exceptional candidates.

This was proven when the previous list of 30 candidates was unofficially disclosed publicly (contrary to the University’s position), because many of the candidates were unconcerned about that revelation.

The 2019 list proved that, even if half the candidates had not applied, the Regents still could have made a better choice.

It also is fallacious to assume disclosure of an applicant’s name is deleterious to every candidate.

In some cases, having one’s name announced as someone who is being considered for such a prestigious position is an asset and actually increases that person’s chance of eventually securing such a position.

The presumption that disclosure of someone’s interest in a superior position is always seen in a negative light is false, especially in higher education.

The best leaders of institutions surround themselves with the highest quality people they can find. They assume these people will eventually seek other positions and top leaders actually support the efforts of those serving on their team.

The ultimate question is: Does the public’s interest in being able to evaluate the performance of their elected representatives supersede the desire to maximize the number of applicants?

The nomination of Todd Saliman as CU’s next president certainly is a safe choice, especially given his experience with the University, his leadership in key state and CU positions, and the success of his service to date. There’s no question Saliman is a good choice and certainly could be by far the best candidate compared to his 38 competitors.

But, unless some or all of those competitors are named, the public will have no way of knowing whether the Regents made the best choice for CU and for the State of Colorado.

The Regents have the legal right to name only a single finalist. Hopefully, for the benefit of Colorado’s citizenry, before their final vote, the Regents will decide to disclose multiple names so everyone can more accurately determine how good a job they did performing their most important duty.